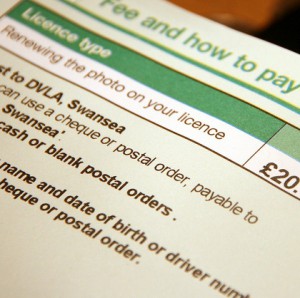 Agency drivers being checked include HGV Class 1 drivers, working on behalf of many of the UK’s best-known blue-chip companies.

“The Jaama system is very robust and efficient and provides Pertemps with a clear audit trail which flags up any issues that need to be tackled.

“We have reviewed other driver licence checking systems, but Jaama’s EDECS came out massively on top.”

The comprehensive Jaama driver licence checking service begins with a signed three-year mandate completed by the employee, giving permission for checks to be carried out.

Once the online checks are completed, EDECS provides alerts to fleet decision-makers on all licence issues that are uncovered.

The licence check data is then held against the driver record in the customers’ Jaama system along with other risk-related information such as accidents and training history.

Since introducing EDECS, which links seamlessly to the DVLA’s database, Pertemps have discovered invalid driving licences were being used by about a dozen people.

One employee was dismissed after it was uncovered he had previously had his driving licence revoked by the DVLA.

Typically most other occurrences are caused by an innocent oversight by the driver.

These include a change of address or failing to surrender their licence within 28days after receiving an endorsement – resulting in the check revealing a revoked licence.

Mr Harris added that robust driving licence validation deters most people with something to hide.

“If an employee has told Pertemps about their change of address or declared their endorsement, but has not surrendered their driving licence to the DVLA we have quickly been able to resolve the issue of the licence appearing revoked satisfactorily,” he said.

“Our employees know that we have a system in place that works very well so do not attempt to cheat.

“Dubious drivers who walk into our branches looking for temporary work typically walk out when they are asked to sign a mandate.”

Pertemps undertake annual checks on all ‘at-work drivers’ licences, although staff with six points undergo six-monthly checks and those with nine points have quarterly checks.

“We receive reports by exception within 24hours,” added Mr Harris.

“If any issues are highlighted we immediately remove an employees’ right to drive until the matter is resolved.”

Initially, around 1,100 agency drivers had their licences validated every three months, but Mr Harris said: “That figure has now risen to many thousand as all drivers asking for temporary work are now checked.

“Having signed a mandate it means they don’t need to report to their local Pertemps branch every three months to have their licence validated.

“We are the only recruitment agency to provide that service and it aids efficiencies for ourselves, customers and drivers who don’t have to report quarterly to the branch.”

A third phase of development will see driver licence checking being offered to clients as an additional management service with phase four being expansion of the initiative to MIDAS customers.

“We have a long-standing relationship with Jaama and together we will raise driver licence checking via EDECS to another level,” added Mr Harris.

“The system is proven and administratively efficient.

“Jaama’s team of developers are able to respond to any legislative changes promptly.

“Pertemps is a high profile organisation and we take our health and safety responsibility across the board very seriously.

“We do as much as we can – and exceed our legal responsibility – in making sure that every employee is safe in their car and every agency driver has a valid licence.”

Martin Evans, Managing Director of Jaama, said: “Our driver licence checking service means that not only is the administrative burden greatly reduced for customers, but they have all information on drivers and their vehicles held in one central database, building a combined intelligent profile and highlighting exceptions.

“No other company, in our view, offers such a complete one-stop shop driver licence checking solution.”