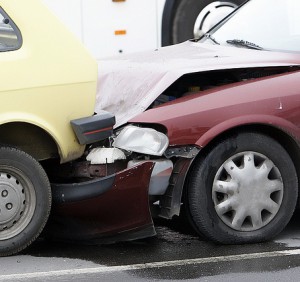 The UK is the whiplash capital of Europe: 78% of low value motor personal injury claims are for whiplash, compared to an average of 48% throughout the rest of the continent.

“Whiplash injuries can have debilitating consequences for those who suffer them,” Ms Ellman said.

“However, some of the increase in whiplash claims will have been due to fraud or exaggeration.

“To help bring insurance premiums down the government must tighten up the requirements for motor insurance claims and ensure that insurers honour their commitment to reduce premiums.

“The government should consider requiring claimants to provide proof that they have either been seen by a doctor or attended A&E shortly after the accident.

“There should be a presumption against accepting claims where adequate proof of injury is not provided.”

The Committee said they were surprised to hear insurers will sometimes make an offer to personal injury claimants even before a medical report has been received.

Members also noted that their previous recommendation on making the links between insurers and other parties involved with claims more transparent has been ignored.

The new report warns insurers must immediately get their house in order and end practices which encourage fraud and exaggeration.

If they do not, it claims, then the government should take steps to protect motorists.

“Motor insurers have committed to passing any reductions in costs arising from legal reforms to consumers in the form of lower premiums,” added Ms Ellman.

“We recommend that the government explain how it will monitor that this commitment is honoured.”

The number of fraudulent and exaggerated whiplash claims has contributed to the increase in motor insurance premiums in recent years.

Estimates of the percentage of fraudulent claims ranged from 0.1% to more than 60%, according to the report.

These estimates were based on firms’ caseloads, statistical extrapolations or survey data.

Fraudulent activity witnessed included ‘cash-for-crash’, where crashes were caused deliberately to generate claims; claims relating to non-existent passengers; fabricated or exaggerated symptoms; or exaggeration of the impact of a genuine injury.

However, road accident data collection must be improved, according to MPs, to improve the detection of fraudulent personal injury claims and help highways authorities target spending on accident black-spots.

The Committee also said they support the proposal for an accreditation scheme for medical practitioners who provide medical reports in relation to whiplash claims.

“The government has claimed that the UK is the ‘whiplash capital of the world’, but without reliable data on road accidents we cannot say whether that statement is true or not,” added Ms Ellman.

“We were concerned to hear suggestions from insurers that medical reports routinely overstate the likely duration of whiplash symptoms.

“If true, this is evidence of systemic exaggeration of claims.

“A random audit of medical reports should be conducted each year to identify poor practice and improve standards.”

The MPs warn that access to justice could be impaired by government proposals to switch whiplash claims between £1,000 and £5,000 to the small claims court.

Using the small claims track could also prove counterproductive in efforts to discourage fraudulent and exaggerated claims as expert evidence is not generally submitted, they claim.

The report says the Ministry of Justice should consider how the small claims track could be combined with routine submission of expert evidence to restrict fraud and exaggeration.

They should also consider ways in which litigants in person could be assisted to use the small claims process, to address the inequality of arms likely to arise in personal injury claims.

“Many claims are genuine and relate to real injuries which can affect people for months or years,” added Ms Ellman.

“In the debate about how to reduce fraud and exaggeration, genuine claimants should not be demonised simply because their condition cannot be picked up on a scan.”

The Association of British Insurers (ABI) added to the calls for government to deliver the vital reforms needed to tackle ‘the UK’s whiplash epidemic’.

James Dalton, Head of Motor Insurance at the ABI, said: “The industry remains committed to paying genuine whiplash claimants fair compensation in as short a timeframe as possible.

“However, for too many dishonest motorists, whiplash has become the fraud of choice, increasing motor premiums for everyone.

“The Transport Select Committee is right to identify the need to tighten up the requirements for those submitting whiplash claims.

“There has been a growth in recent years in claimant lawyers and claims management companies encouraging people to submit an increasing number of frivolous or exaggerated claims.

“We have delivered on that commitment and average premiums have reduced by 10% in the last year.

“The Committee’s report has kicked into the long grass making the tough calls for reform that are needed to help insurers combat the whiplash epidemic and deliver further premium reductions for hard-pressed motorists.”

John O’Roarke, Managing Director of LV= car insurance, added: “The number of claims received for whiplash has nearly doubled compared to ten years ago, despite the number of car accidents falling.

“This is partly due to the unscrupulous tactics of claims management companies who encourage crash victims to make exaggerated and spurious claims months and often years after the event.

“LV= has a specialist team that contacts those who have been hit by an LV= customer shortly after the incident to ask if they have been injured and then again a few days later.

“Some who say they are not injured on these calls still go on to attempt fraudulent claims months or years after the event.

“When challenged with the original evidence, these claims are usually withdrawn.

“It is disappointing that the TSC is not recommending extending the small claims court limit as this would make it easier for insurers to fight some of the more spurious claims.

“However, we welcome the proposals to require claimants to provide proof that they have either been seen by a doctor or attended A&E shortly after the accident, although this must not be at the detriment of those who are genuinely injured.”