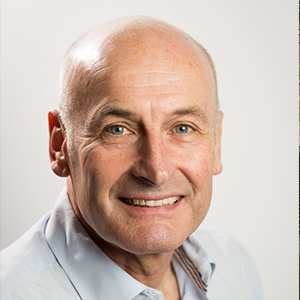 Volume brands are providing business users with much higher levels of customer care than their premium counterparts, according to data from automotive research and insight company APD Global Research.

APD tracks feedback from business users operating in access of  500,000 vehicles with the UK’s  leading leasing companies and has found enhanced levels of customer satisfaction among company car drivers behind the wheels of volume brands compared to premium makes.

Mazda and Toyota topped the results from APD’s 2016 Voiceback 360 fleet driver surveys with Mini and Jaguar at the bottom of the table. The top three places in the delivery satisfaction chart were:-

The bottom three places were occupied by:-

Commented APD Global CEO Rob Whalley: “The data reveals volume brands are consistently delivering better customer satisfaction at the point of vehicle delivery than their prestige rivals and as a result recommendation of these vehicles has risen significantly.

“This is a fantastic result for volume manufacturers whose hard work and focus on customer care has clearly paid off with some brands delivering the kind of service which had always been considered the preserve of the premium sector. The result demonstrates how customer service has fast become the key differentiator in a highly competitive market. The premium brands need to take note and up their game or risk losing market share to the volume sector as company car drivers and fleet managers place increasing emphasis on customer service when making fleet decisions.”

Despite premium brands being knocked out of the top slots, overall satisfaction has risen with an increase of 1.3% in 2016 over 2015 returning a record satisfaction level among drivers of 87.9%. For the first time, drivers of volume brands rated their experience 4% higher than premium marques.

Poor pre-delivery communication, vehicles not delivered at the agreed time, and cleanliness and presentation of the car were identified as the areas needing most improvement whilst explanation of controls by delivery drivers was also a concern.

When drivers were asked whether they would recommend their leasing company or broker based upon their car delivery experience, prestige vehicle drivers recorded a nine-point fall to 55.2, a drop of 14% compared to 2015, whilst among volume drivers there was a marginal gain to 65.2 but the trend continued upwards.

Added Whalley: “The prestige marques most affecting the drop in customer satisfaction are JLR brands and Mini. It is possible that in the case of Jaguar it is a result of the huge growth it has experienced in sales of XE and high demand for F Pace. Likewise, Land Rover has had to balance supply and demand between retail and fleet customers. But, whatever the reasons these brands are not living up to expectations and this is something which definitely demands the attention of the manufacturer.”