Driver training provider Fleet Source has welcomed the recent decision by the DVSA on Vulnerable Road User training as a vital step forward. 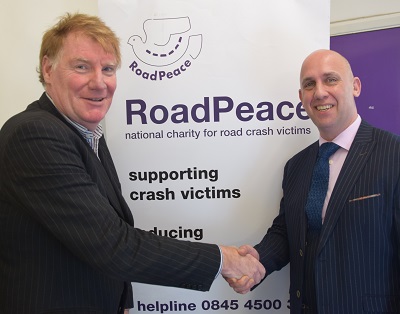 The DVSA has announced an update to its HGV driver training programme, adding questions in the theory test to cover the correct use of Class VI mirrors and recommending that Safe Urban Driving and Vulnerable Road User Awareness courses be undertaken by all drivers as part of their CPC training.

The decision was in response to a call for action from the Senior Coroner for Norfolk, Jacqueline Lake, following an inquest into the death of an 82-year-old man in Attleborough in 2017. Dudley Howe was hit by a lorry which crept forward as he walked through stationary, queuing traffic, but could not be seen from the vehicle’s cab.

Fleet Source CEO, Nick Caesari, said: “The DVSA’s decision to recommend SUD and VRU courses as part of driver CPC training is a vital step forward, but we want them to go further. We’re passionate about saving lives and have long been calling for every professional driver to undertake a mandatory 7 hours Vulnerable Road User training as part of the 35 hours they need to complete every five years. Now is the time to make that change.

“Post lockdown, commuters will be looking for alternatives to public transport and we are all being encouraged to walk or cycle where we can. There has never been a more important time to ensure that commercial drivers are equipped with the awareness and skills to identify and predict hazards and hazardous situations in relation to vulnerable road users.”

Nick Simmons, CEO of road crash victims charity RoadPeace, also welcomed the Norfolk Senior Coroner’s report and the DVSA recommendations, but added: “Too often, a crash or incident results in tragic, life-changing consequences which adversely affect everyone involved. Our members feel strongly that all HGV vehicles need to be operated by their owners and drivers to the highest possible standards of road danger reduction. VRU training must become a legal requirement.”