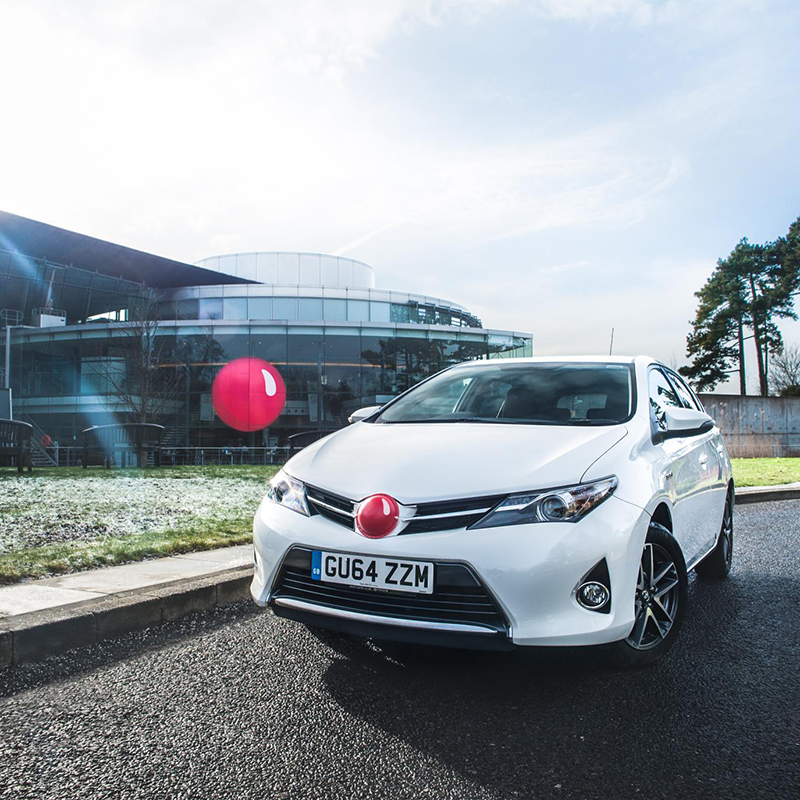 These noses aren’t just for Toyotas, they will look just as great on any make or model you choose

Toyota has set itself a target of raising £1 million for Comic Relief as an official partner of Red Nose Day and is committed to bringing in as much money as possible to support the work of Comic Relief through events and activities across the country.

Money raised for Red Nose Day (Friday 13 March), including sales of vehicle red noses, will be used by Comic Relief to support for projects helping transform the lives of people here in the UK and Africa.

Matt Harrison, President and Managing Director Toyota GB, said: “Red Nose Day achieves the remarkable feat of making people laugh while at the same time helping make a real difference for those people most in need. Toyota is proud to be a part of its inspirational work as an official partner of this year’s Red Nose Day and across the country we will be pulling out all the stops to raise as much money as we can.”

The stand-out scarlet schnozzles are available exclusively from Toyota’s UK dealerships, or can be ordered with a couple of clicks on-line at Toyota’s official UK eBay store stores.ebay.co.uk/ToyotaOfficialStore.

The price is just £5 per nose and what’s even better is that every penny of that goes to straight Comic Relief’s grants programme.

And don’t forget, these noses aren’t just for Toyotas, they will look just as great on any make or model you choose.

The UK new car market recorded a third month of growth in October, with registrations rising by more than a quarter (26.4%) to 134,344 units, according to

The new BMW M2 builds on its formidable predecessor’s