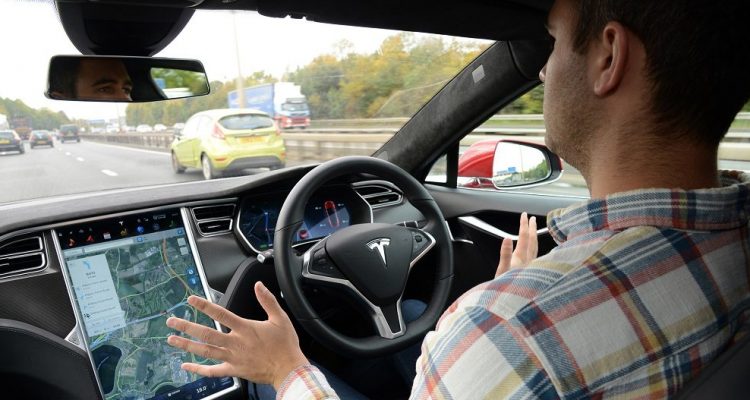 Drivers will be able to experience the full benefits of the first self-driving vehicles when they arrive, as Government sets out how they should be driven safely on UK roads.

The Government has today confirmed planned changes to The Highway Code, responding to a public consultation, continuing to pave the way for safer, more efficient travel.

The changes to the Code will help ensure the first wave of technology will be used safely, explaining clearly that while travelling in self-driving mode, motorists must be ready to resume control in a timely way if they are prompted to – such as when they approach motorway exits.

The plans also include a change to current regulation, allowing drivers to view content which is not related to driving on built-in display screens, while the self-driving vehicle is in control. It will, however, still be illegal to use mobile phones in self-driving mode, given the greater risk they pose in distracting drivers as shown in research.

With self-driving technology rapidly developing across the globe, Britain’s first vehicles approved for self-driving could be ready for use later this year. Vehicles will undergo rigorous testing and only be approved as self-driving when they have met stringent standards.

The Government is continuing to develop a full legal framework for self-driving vehicles to enable the safer and greener movement of people and goods in the UK. The Department for Transport will also work with industry, regulators and safety organisations to ensure drivers can access information, including online, to help them use the vehicles safely. 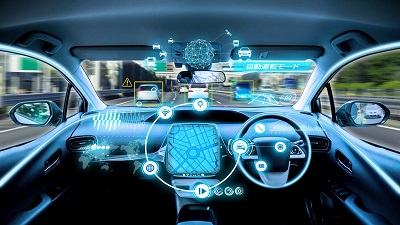 Transport Minister Trudy Harrison said: “This is a major milestone in our safe introduction of self-driving vehicles, which will revolutionise the way we travel, making our future journeys greener, safer and more reliable.

“This exciting technology is developing at pace right here in Great Britain and we’re ensuring we have strong foundations in place for drivers when it takes to our roads.

“In doing so, we can help improve travel for all while boosting economic growth across the nation and securing Britain’s place as a global science superpower.”

The development of self-driving vehicles could create around 38,000 new, high-skilled jobs within Britain’s industry that would be worth £41.7 billion by 2035.

The measures confirmed today follow a public consultation launched by the Government, which found the majority of respondents were broadly supportive of the proposed changes to the Highway Code to clarify drivers’ responsibilities in self-driving vehicles.

The introduction of the technology is likely to begin with vehicles travelling at slow speeds on motorways, such as in congested traffic.

Following a landmark Call for Evidence, the Government announced in April last year that vehicles fitted with Automated Lane Keeping System (ALKS) technology could be the first example of self-driving technology. Existing technology available on the market is ‘assistive,’ meaning drivers must currently always remain in control and responsible.

Designed for use on a motorway in slow traffic, ALKS enables a vehicle to drive itself in a single lane, up to 37mph, while maintaining the ability to return control easily and safely to the driver when required.

Meanwhile, the Government expects to have a full regulatory framework in place to support the widespread deployment of the technology by 2025, helping to make the movement of people and goods safer, greener and more efficient.

The technology could improve road safety across Britain by reducing human error, which is a contributory factor in 88% of all recorded road collisions.

Steve Gooding, director of the RAC Foundation, said:  “The Highway Code has been updated a number of times in recent years to reflect the rapidly changing transport world we live in, and these latest additions will help us all understand what we must and must not do as we move forward to an environment where cars drive themselves.

“The final part of the jigsaw is to ensure these amendments are widely communicated to, ​and understood by,​ vehicle owners. Vehicle manufacturers and sellers will have a vital role to play in ensuring their customers fully appreciate the capabilities of the cars they buy and the rules that govern them.”

Self-driving technology in cars, buses and delivery vehicles could spark the beginning of the end of urban congestion, with traffic lights and vehicles speaking to each other to keep traffic flowing, reducing emissions, and improving air quality in our towns and cities.

Mike Hawes, SMMT Chief Executive, said: “Amending the Highway Code to reflect the pace of technological change will help clarify what motorists can and can’t do when a self-driving feature is engaged, so promoting its safe use.

“The technology could be available in the UK later this year and, with the right regulations in place, consumers are set to benefit from safer, more efficient journeys while the UK will strengthen its position as a global leader in the deployment of self-driving technology.”

Matthew Avery, chief research strategy officer, Thatcham Research said: “This is another notable landmark on our journey towards safe Automated Driving in the UK. Education is a key enabler of safe adoption, and as such we welcome the announcement’s focus on ensuring that drivers understand their legal obligations behind the wheel of any vehicle described as having ‘self-driving capability’.

“Although automation will ultimately make our roads safer, accidents will still occur. Therefore, data must be recorded that shows who was in control at the time of a collision, however minor, and this data must be openly accessible to all stakeholders, not only the carmakers.

“The question of who pays when an Automated vehicle crashes remains unclear. Carmakers and insurers will work together to handle claims where the vehicle is proven to be in self-driving mode and while Mercedes recently announced that it will accept liability when it’s ‘Drive Pilot’ automated system is engaged, the provision of data will be vital to making sense of collisions and ensuring that legal wrangling does not put a brake on adoption.

“As a clear communication to the consumer, the announcement’s focus on the driver’s legal responsibilities is important, especially when it comes to taking back control from the system. This is an area of risk and it’s important that drivers are aware that they must remain engaged and be ready to resume the driving task at any time.

“We are also pleased to see that the proposed changes will not permit mobile phone use, and instead only allow use of the vehicle’s infotainment system – which means the self-driving system can issue a warning as required and bring the driver back into the loop promptly.”

Louis Rix, COO and co-founder of car finance platform CarFinance 247: “The proposals to allow users of self-driving cars to watch TV while driving seems incomprehensibly irresponsible. Road users have always expressed concern over the introduction of self-driving cars, and this will be no help in building the confidence of reluctant consumers.

“The government needs to rely on support and trust from consumers when the first self-driving vehicles are introduced to roads in the UK, but there are likely to be many road users who will actively try and avoid a car they recognise as driverless due to safety concerns.

“While the proposals will say drivers need to be ready to take back control of the vehicle, we must also think of the effects of watching television whilst driving – how often do we find ourselves falling asleep in front of the TV? The move begs so many questions that we are forced to question whether we are in fact ready for the introduction of self-driving vehicles.

“Though the proposals also indicate responsibility for any driving faults in self-driving cars will lie with the manufacturer rather than the driver, users will undoubtedly be worried about the effects it could have on their insurance premiums.”