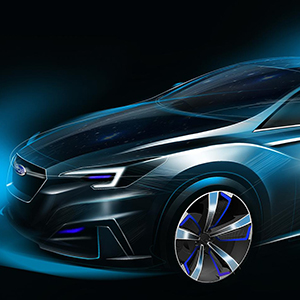 Subaru will showcase two all-new design concepts and refreshed versions of production cars at the 2015 Tokyo Motor Show on 28 October 2015.

Making its global premiere will be the Impreza 5-Door Concept, a design study that previews the next-generation Subaru Impreza. Also making its global debut will be the VIZIV Future Concept, which gives an insight into Subaru’s design inspiration and its vision for automatic driving functions and advanced safety technologies.

Subaru’s press briefing will take place on Wednesday 28 October, starting at 13:45 Japan Standard Time (04:45 GMT) on the Subaru stand in the East Exhibition Hall. The press briefing can be seen globally, streamed live on SUBARU-USTREAM (http://ustream.tv/channel/SUBARU-USTREAM).