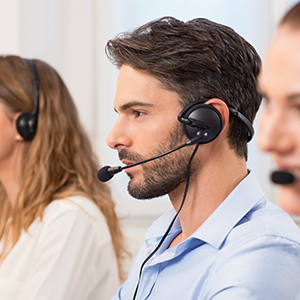 The body’s legally-trained and fully-impartial adjudicators, who look to conclude unresolved disputes quickly and fairly between consumers and its accredited businesses, which include thousands of garages across the UK, 39 vehicle manufacturers and 11 warranty providers, received over 11,300 contacts relating to its four Chartered Trading Standards Institute (CTSI)-approved Motor Industry Codes of Practice.

This equates to a 45% rise versus the same period in 2016. Providing information and assistance to businesses accounted for a further 484 enquiries to April, a 231% jump compared to a year earlier.

The Vehicle Sales Code of Practice, which provides detailed guidelines for the sale of both new and used cars, as well as the supply of finance and warranties, saw the highest level of contacts out of any Code in The Motor Ombudsman’s portfolio.

As awareness of the Code amongst UK motorists has continually grown following its introduction last September, the number of contacts has averaged over 50 per day since the start of the year, and reached a monthly record of 1,259 last month.

Similarly, The Motor Ombudsman witnessed the highest ever volume in a single four-week period, with April recording 3,343 contacts, rising above the monthly average of 3,259 seen during the first quarter of 2017.

The largest source of customer concerns brought to the attention of The Motor Ombudsman since April have related to the quality of a used or new vehicle at the time of purchase, the standard of work carried out, and warranties.

An average of 95% of the contacts received every month are successfully concluded without the need for a case to be raised thanks to The Motor Ombudsman’s highly experienced adjudication team.

In addition, the volume of cases requiring a legally binding final decision from its in-house ombudsman, has ranged between 7 to 14% for the first four months of the year.

Holly McAllister, Head of Customer Service and Quality at The Motor Ombudsman, said: “Ever-increasing awareness amongst consumers and automotive businesses of the value that The Motor Ombudsman offers has resulted in a significant uplift in the level of contacts that we have received since the start of 2017. The arrival of the Vehicle Sales Code has equally meant that we can now formally adjudicate on issues relating to the sale of both of new and used cars.”

Holly adds: “Case volumes as a proportion of contacts remain low which demonstrates the great efforts that all parties are going to in order to resolve any disagreements before needing formal adjudication which is very encouraging for all involved.”