Million hours without accident for A23 workers 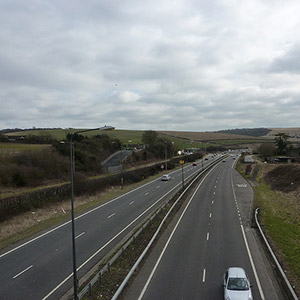 Workers on the A23 Handcross to Warninglid widening project have now worked more than one million hours without a single accident.

The achievement has been made by the 170-strong workforce who have been involved since construction started in June 2012.

More than 400 lane miles will be added to the country’s busiest roads by 2021 as part of the government’s £15.1billion investment.

“This is a big milestone and shows the dedication the team have to health and safety as they work around the clock, often just feet from live traffic.

“Road users also have their part to play and I would like to thank drivers for their continued patience while we improve the A23.

“I would also like to remind drivers that they have a part to play in keeping the workforce safe by driving safely.”

“This is a big milestone and shows the dedication the team have to health and safety as they work around the clock, often just feet from live traffic.”

Carillion, the contractor carrying out the improvements, have introduced a range of measures to help improve safety.

One such initiative is a device that attaches to a hard hat and vibrates when near operational machinery and equipment to alert workers to the danger.

Another introduction was the ‘Thumbs Up’ practice that means workers must obtain a thumbs up from a driver before passing plant.

The workforce are also encouraged to report potential hazards so that the risk of injury can be reduced or eliminated.