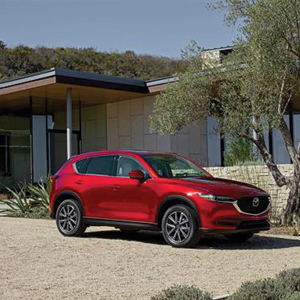 Mazda has the most fuel-efficient model line-up on U.S. roads for the fifth consecutive year, according to the annual Light Duty Fuel Economy Trends report* published last week by that country’s Environmental Protection Agency (EPA).

The average manufacturer adjusted fuel economy of Mazda models sold in the U.S. during the 2016 model year was 29.6 miles per gallon (7.9l/100km) for the combined cycle, a 0.4mpg improvement over the previous year. At 301g/mi (187g/km), Mazda also recorded the lowest average CO2 emissions of any carmaker. The overall U.S. market averages were 24.7mpg (9.5/100km) and 359g/mi (223g/km) CO2. The EPA uses its adjusted figures, which are considered too closely reflect real-world values, for each vehicle sold during the model year and calculates the averages based on sales volumes.

Deployed throughout Mazda’s model line-up, the SKYACTIV Technology range of lightweight engines, transmissions, chassis and car bodies has been a key factor to the company leading the EPA’s list for the last five years. This achievement reflects in particular the carmaker’s efforts to optimise internal combustion in the name of real-world performance and fuel economy.