Gone in sixty minutes – how secure is your car? 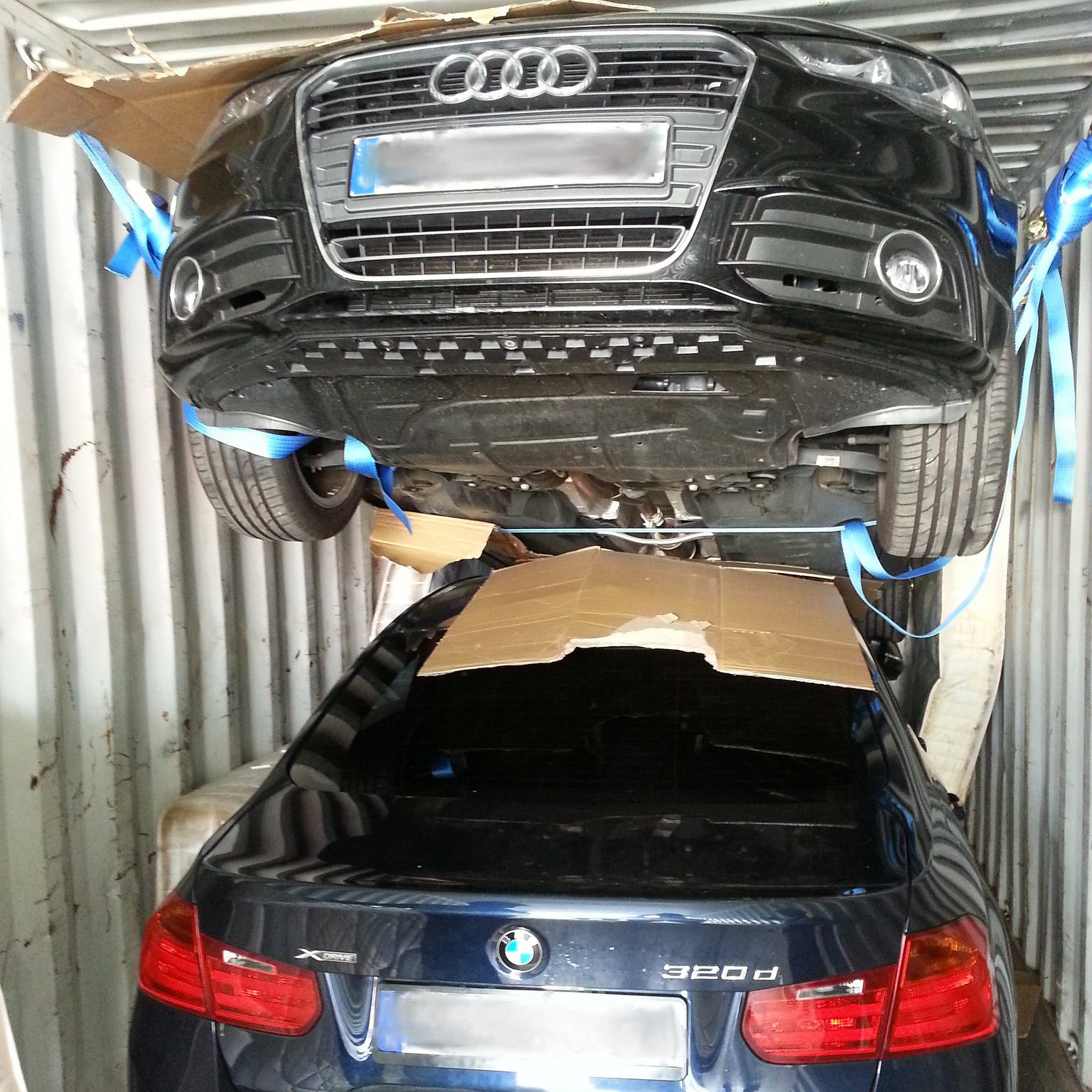 The contents of one container raided by Operation Toyer

Fleets at risk as organised criminals target BMWs, Range Rovers, Audis and even trucks and diggers

Operation Toyer – a nationwide multi-agency operation co-ordinated between National Crime Agency, ACPO Vehicle Crime Intelligence Service and Border Force – has disrupted organised crime groups responsible for exporting high-value stolen vehicles, sometimes even stealing and shipping them out of the country in under an hour.

BMWs, Range Rovers Evoques, Audis, a Porsche Cayenne, Scania trucks and a Komatsu Excavator were among the 44 vehicles recovered that are worth over £1.2 million. They were destined for African countries, Cyprus, France, the USA, Malaysia and Burma.

Eighteen vehicles had been stolen from members of the public in locations such as London, Surrey, Hertfordshire, Northamptonshire, Germany and the Netherlands, while the remaining vehicles belonged to companies and had outstanding finance on them.

Recoveries were made at Hull, Immingham, Grangemouth, London Gateway, Felixstowe, Tilbury and Southampton. In addition to vehicles seized, officers also discovered a container of parts from at least 29 stolen BMWs.

Tom Dowdall, Deputy Director of the NCA’s Border Policing Command, said: “Exporting and selling stolen vehicles on the black market is a lucrative business for organised crime groups as they also avoid tax or import duties. We know some groups even pay for drug shipments with cars. This type of crime not only affects car owners but also manufacturers, insurance companies and vehicle-related businesses such as rental companies and garages.”

Last year 90,000 vehicles were stolen in the UK and many of these will have been exported by crime groups. They normally steal vehicles to order with 4x4s being very popular in some countries because of the prestige and terrain. It is relatively cheap to send a container of ‘personal goods’, and cover loads used to conceal vehicles include furniture or electrical equipment.

Methods often used to steal vehicles include keyless thefts, taking keys during burglaries or the use of fraudulent documentation and cloned credit cards to hire vehicles or obtain them on finance.

Some of the car theft rings are so sophisticated they can steal a car and get it out of the country in less than an hour.

Experts are concerned that thieves may even be using computer malware to take over vehicle systems via satellite, issuing remote commands for them to unlock and start up. The problem was first exposed several years ago in certain models, but police now suspect that all modern makes are potentially vulnerable.

A video of the multi-agency operation can be viewed below: