Another Great Performance From PVS 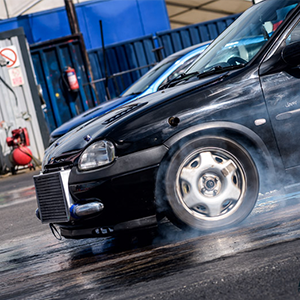 The UK’s premier show for fans of high-powered Griffin Greats was as lively as ever last weekend, attracting over 9,000 Vauxhall fans to sun-soaked Santa Pod for the event, which was sponsored by EBC Brakes.

In total, around 2,000 cars were on display from showroom standard to wildly modified, while the turnout of clubs was strong, making it difficult to choose a winner in the hotly contested club stand category.

The overall winners of the trophy, chosen by event sponsors EBC Brakes, were the VX Enthusiasts thanks to their incredibly diverse stand, while the ‘Show & Shine’ winner for 2017 – sponsored by ValetPro – was Thomas Park for his vivid purple Corsa B, with runners-up awards going to James Fellows for his Astra and Daniel West for his Corsa B. Other show sponsors included Goodridge, K-sport, Hardrace, BC Suspension and BC Sport, while the drag strip was in action all day, including some very special drag car displays sponsored by Sytec.

One of the star features at this year’s PVS was a special 25th birthday display to celebrate the silver anniversary of the Cavalier Turbo. The hot Cavalier stood out from the repmoblie crowd with its 204bhp C20LET turbocharged engine, four-wheel-drive and Chevrolet Corvette-derived six-speed gearbox, and the show featured 10 great examples, from the immaculately preserved to the wildly modified.

Another big draw was the Performance Vauxhall feature car display, which included some of the most dramatic cars to have featured in the magazine, along with the Astra ‘Reasonably Priced Car’, as featured on BBC Top Gear.

If you missed out, or want a further fix of hot Vauxhall action, then for the first time in 2017, there will be a second Performance Vauxhall Show later in the year, which takes place at Rockingham Motor Speedway, Northants, on October 15.