Driffield, East Yorkshire-based transport specialist, Clive Warcup Transport Limited, has celebrated its first half century in business with a special presentation organised by founder and Managing Director Clive Warcup’s fellow directors, wife Diane and son Brian, and their key truck supplier, Scania.  “The event was a complete surprise to me, and it’s a genuine pleasure to think that not only has the business come this far, but also that those closest to me have taken the time and trouble to organise such a special occasion,” comments Clive Warcup MBE. 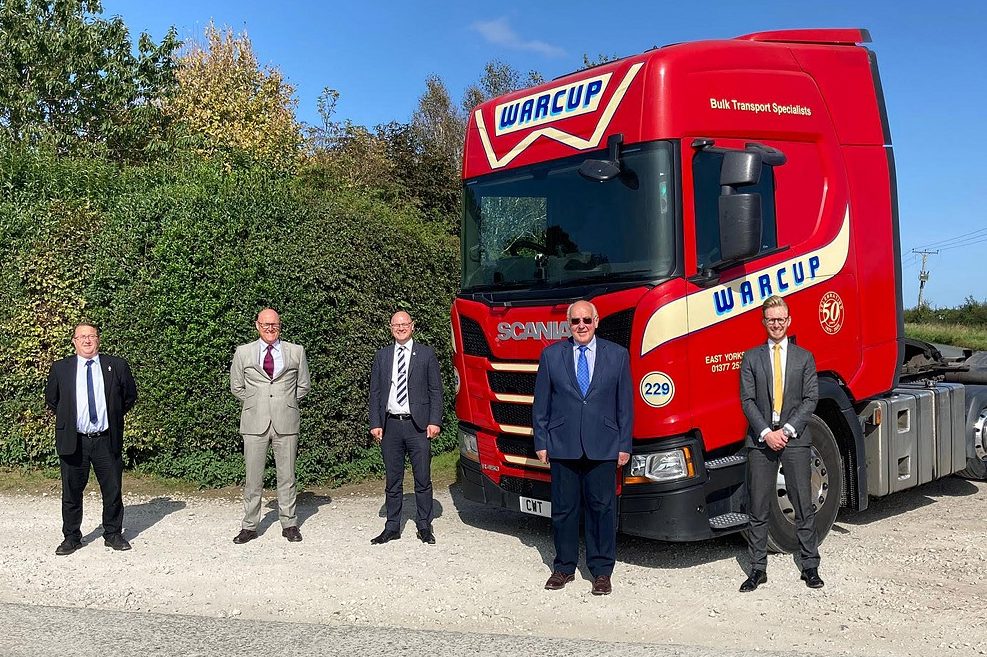 At the event, which was held at Clive Warcup Transport’s Station Road, Driffield premises, Clive was presented with two commemorative gifts by his local Scania dealer, Scania Hull.  The first was a highly collectible Scania watch and the second a specially-made commemorative cake, hand decorated with a detailed image of one of Clive Warcup Transport’s 22 Scania trucks.  “The vast majority of vehicles in our fleet are Scania, and have been since we bought our first 25 years ago,” says Clive.  “Over the years, they have enabled us to provide our customers with a reliable, dependable and quality service.  As such, Scania has undoubtedly made a major contribution to our success.” 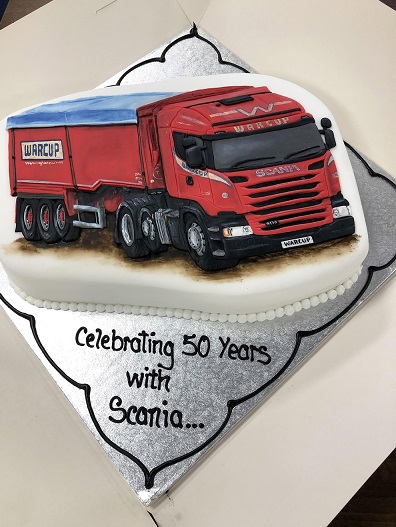 Paying tribute to Clive Warcup, Craig Dunbar comments:  “Clive is one of Scania’s longest standing customers and most successful customers.  He started in business in September 1970 as a 23-year-old with a ‘one man and his truck’ operation.  Since then he has gone from strength-to-strength.  Today, Clive Warcup Transport is a highly respected transporter of bulk foodstuffs and agricultural feeds, not just within our area, but nationally – a fact recognised by the MBE awarded to Clive for Services to Road Transport and Charity Work.

“I sincerely hope we have repaid his loyalty over the years with an appropriately high and consistent level of service, and on behalf of the entire Scania organisation I would like to congratulate Clive on his magnificent achievements and wish him and his company all the very best for next 50 years!”