The Transport Committee has launched a new inquiry into the safety of smart motorways. 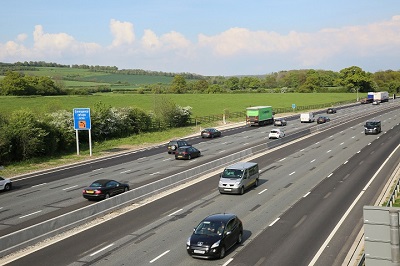 Smart motorways, which use variable speed limits and hard shoulder running to manage traffic and tackle stop-start congestion, have existed in England since 2002.

The most common type in the UK, all-lane-running (ALR), was introduced in 2014 and involves opening the hard shoulder permanently to drivers.

The schemes have been shrouded in controversy, with critics labelling them as ‘death traps’.

Only last month, the police and crime commissioner for South Yorkshire wrote an open letter to the transport secretary Grant Shapps and Highways England, calling for smart motorways to be abandoned “before more lives are lost”.

This was after an inquest heard the deaths of two men on a converted stretch of the M1 could have been avoided.

The transport secretary himself has concerns over the safety of the schemes.

Speaking to the Transport Committee earlier this month, Mr Shapps said he did not want to carry on with the system of smart motorways which he had inherited on coming into office.

The Transport Committee inquiry will investigate the benefits and safety of smart motorways, as well as their impact on reducing congestion.

In particular, the committee is looking for evidence on:

The Transport Committee is inviting written evidence until Friday 9 April.

Huw Merriman MP, chair of the transport committee, said: “The DfT says smart motorways help us cope with a 23% rise in traffic since 2000, helping congestion.

“This message isn’t reaching the public, whose confidence in smart motorways has been dented by increasing fatalities on these roads. Road safety charities are also expressing concerns.

“Will enhanced safety measures help? Will the public accept them following an awareness campaign? Or should there be a rethink of government policy?

“There are genuine worries about this element of the motorway network and we want to investigate how we got to this point.”