Land Rover has handed over the first of a new fleet of Discovery vehicles to Highways England, which will begin patrolling England’s motorways this month, becoming the latest in a long lineage of Discovery public services vehicles, stretching back to the original Discovery in 1989. 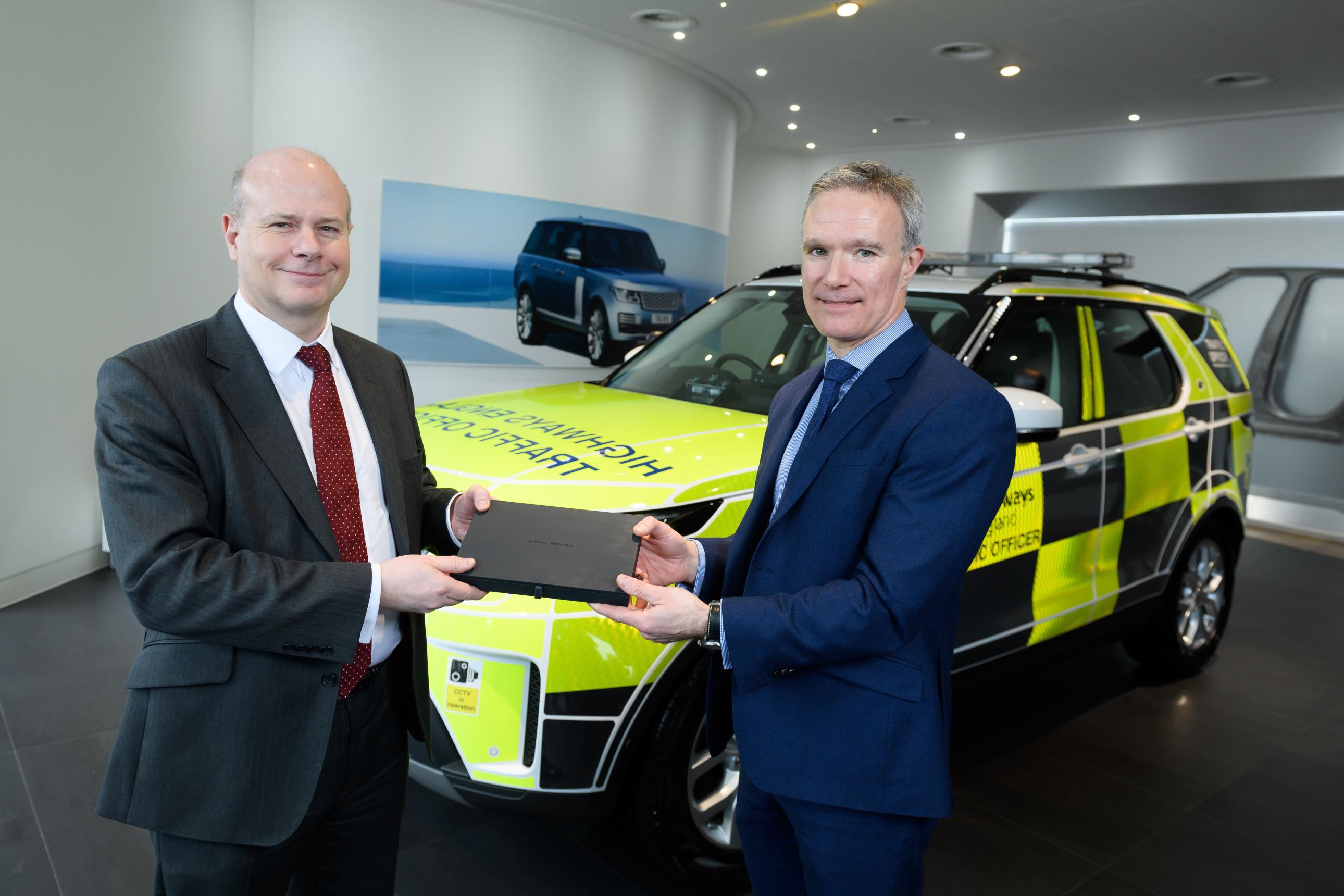 A fleet of 70 Highways England Land Rover Discoverys have been specially modified for the needs of traffic officers, including a roof-mounted light array, programmable rear LED board, iconic Battenburg livery and a cavernous reinforced load area. Traffic officers have to carry over 600kg of equipment, including lights, traffic cones and safety barriers. Often called into action to tow stranded vehicles, the Discovery’s mighty 3,500kg maximum towing capacity and its 700Nm of torque demonstrates its suitability for the job.

The Land Rover Discovery SE 3.0 Sd6 models will be in service with Highways England for roughly four years, with each expected to cover around 250,000 miles on England’s motorways and major highways.

Scott Dicken, Jaguar Land Rover Sales Director, said: “The Land Rover Discovery has always been the ultimate in versatility, comfort and ability. For fifteen years it has been a trusted workhorse for Highways England, and it gives me great pleasure to see the latest generation Discovery continuing that legacy. Highways England works tirelessly to keep England’s motorists moving and we are proud that this fleet of Land Rover Discovery’s has been chosen to keep the team mobile and equipped with everything they need to take on the toughest challenges whatever the location, whatever the conditions.”

The Discoverys, clearly identified as Highways England vehicles with their striking livery, provide a safe working environment for traffic officers thanks to its five star Euro NCAP safety rating. Operating across 38 network outstations, the Discoverys will be one of the on road partners for traffic officers as they take on a variety of challenges each day to keep UK motorists on track. Traffic officers support customers during incidents on the network, manage traffic to reduce incident related congestion, clear debris from carriageways and work to help keep routes safe, and flowing as freely as possible in all conditions, 24 hours a day, seven days a week.

Nick Harris, Executive Director of Operations at Highways England, said: “Having the right equipment and vehicles for our traffic officers is essential. It allows us to deliver the high levels of customer service and support drivers expect from us while we work to keep England’s motorways and major A-roads running smoothly round the clock. These new vehicles will be valuable addition to our fleet and we are very pleased to be continuing our relationship with Jaguar Land Rover.”

Volvo Trucks and Volvo Financial Services have launched a finance program to help hauliers and own-account operators in need of liquidity support during the COVID-19 pandemic. The

Regardless of what situation you currently find yourself in