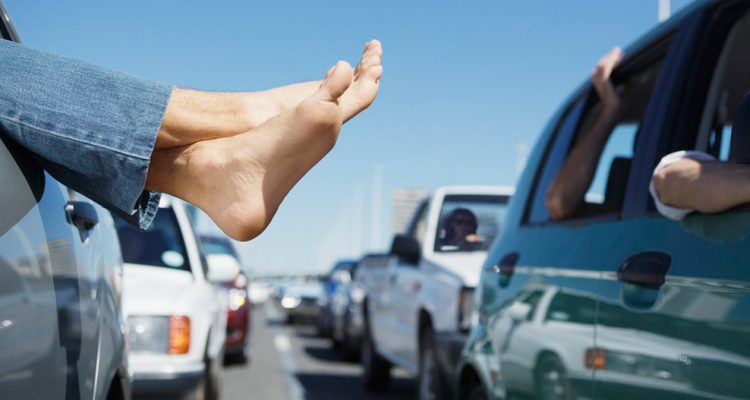 With most schools in England and Wales about to break up for summer, drivers are planning an estimated 18.82m separate leisure trips between Friday and Monday, the highest number recorded for these three days since the RAC started tracking summer getaway numbers in 2014.

Leisure traffic volumes look set to peak on Saturday 23 July with 4.62m separate road trips but Friday and Sunday are expected to be not far behind with 4.29m separate trips on each day. An estimated extra 5.61m journeys by car will take place between ‘frantic Friday’ 22 July and the end of Sunday by drivers currently unsure as to which day they will get away.

The RAC and transport analytics specialists INRIX are recommending drivers plan well ahead and start their journeys either very early in the morning or later in the evening to avoid the inevitable queues, some of which are expected to form quickly. INRIX data indicates that the M25 could see some of the worst jams, and singles out stretches between Bromley and the Dartford Crossing, Maple Cross to the M3, and the M23 to the M40. The A303 near Stonehenge, M4 between Cardiff and Newport and M5 south of Bristol are also likely to see queuing traffic at various points during the weekend, with unexpected vehicle breakdowns only likely to add to the problems. 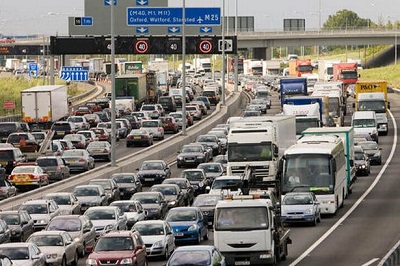 The RAC’s research suggests the UK might be in line for its third big ‘staycation summer’ in a row following those caused by the pandemic in 2020 and 2021, although the extremely high fuel prices might have an effect – either reducing the amount of driving people do in the UK or putting people off driving further afield into continental Europe. RAC Fuel Watch data that shows, incredibly, the cost of filling a 55-litre family car with petrol costs £30 more this summer than last, and £42 more than in 2020. The situation with diesel is even more severe, with the cost of a tank up £34 compared to last year and £44 more than a year earlier.

With such an expensive summer on the cards, the RAC is urging drivers to do everything they can to avoid breaking down and potentially be faced with an unexpected garage bill – not least as separate RAC research** found that just a fifth of UK drivers (17%) regularly check their vehicles before setting out on long journeys. Checking oil, coolant and screenwash levels, together with tyre tread and pressures, helps ensure cars and ‘road-ready’ and can significantly cut the chances of a breakdown occurring– potentially saving some drivers’ summer holiday trips from disaster.

RAC Breakdown spokesperson Rod Dennis said: “The extreme heat that’s affecting much of the UK in the last few days might wane over the next few days, but we still expect the summer getaway to begin with a bang as a potentially record-breaking number of drivers take to the roads this coming weekend – and that’s despite the unbelievably high cost of fuel. With school terms in England and Wales finishing this week and millions of people ready for a well-earned break, we anticipate a ‘frantic Friday’ followed by a woeful weekend on major roads across the country, with traffic and congestion likely peaking on Saturday. The advice to drivers heading off on a holiday by car is therefore clear – leave as early as you can in the morning or expect to be sat in some lengthy queues.

“With this summer set to be one of the most expensive for years – thanks to the record-high price of fuel and the wider cost-of-living crisis – the very last thing drivers want is to break down and at best have to wait to be fixed at the roadside or, at worst, face an unexpected large garage repair bill.

“It’s a fact that a huge proportion of the estimated 300,000 breakdowns our patrols will attend in the coming six weeks are avoidable if drivers make sure they look over their vehicles before any long drive. A breakdown is so much less likely if a vehicle’s oil and coolant levels, as well as tyre pressure and tread depth, have all been checked before setting out.”

INRIX transport analyst Bob Pishue said: “Drivers should expect traffic congestion to build throughout the day, especially on motorways. Despite high fuel prices, travellers do not appear to be giving up their road trips and holidays.”

National Highways, which is responsible for motorways and major A roads across the country, has launched a campaign reminding drivers to check their tyres regularly and always before long journeys. More than 41,500 people broke down on National Highways roads last year because of tyre issues – that is over 20% of all breakdowns.

National Highways Head of Road Safety, Jeremy Phillips, said: “With schools breaking up for summer soon there will be more people on the roads and taking longer journeys. We know that breaking down can be a very upsetting experience, nobody wants to start off their holiday stranded at the side of the road, next to fast moving traffic.

“So we are reminding drivers to check their vehicles, particularly the tyres, before setting off. Unsafe tyres put you and others at risk as well as running the risk of attracting a hefty fine and penalty points.

“A simple check on tyre tread and pressure could prevent a breakdown and make sure you get to your destination safe and sound.”