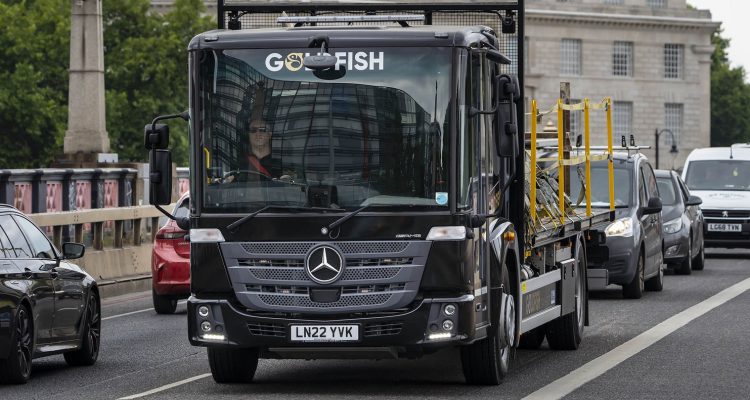 Gold Fish Transport get a pair of Mercedes-Benz Econics

Gold Fish Transport saw a clear solution to the need for optimum visibility when working in the capital, in the shape of the Mercedes-Benz Econic.

The construction materials distributor runs a fleet of 30 trucks from its base in Brentwood, Essex. Its first two Mercedes-Benz vehicles have just arrived via Dealer Motus Truck & Van. Both Econics – one is a 26-tonner, the other has an 18-tonne gross weight – they were purchased primarily for their safety credentials. 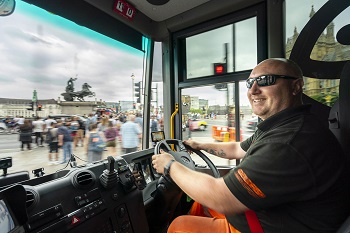 Easily entered and exited via a single step, the Econic accommodates a driver and up to three passengers in air-conditioned comfort. The individual at the wheel sits much lower than in a conventional truck. This allows them to make direct eye contact with vulnerable road users at junctions and in traffic, a key advantage in helping each to understand the other’s intentions.

The Mercedes-Benz Econic has long been the refuse chassis of choice for many local authorities and waste and recycling specialists. However, the significantly enhanced visibility the vehicle offers, together with its market-leading active safety aids, mean it has also grown in popularity with operators from other sectors, most notably construction and distribution. 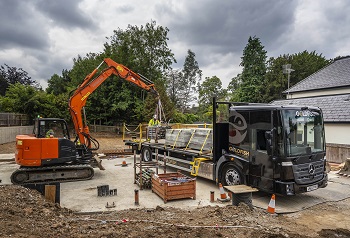 “These trucks are working almost exclusively in London, where they deliver to major construction and civil engineering sites,” said Gold Fish Transport Director Lee Nix. “It’s a challenging environment, in which our drivers tell us the biggest issue they face is dealing with pedestrians and cyclists.

“With this in mind we were determined to choose vehicles best-suited to working on busy streets, and the Econic fits that bill perfectly. The drivers are highly impressed with the range of vision they get from the low cab. They like the access, too – it’s very easy to cross the cab floor and step out through the folding passenger door.”

He continued: “Our trucks still have to cross some rough terrain on construction sites though, so good ground clearance is important. The extent to which the Econic’s ride height can be raised on the air suspension is certainly impressive, and means it is very capable off road.”

“Truck Sales Executive Steve Thurbon has been great,” recalled Mr Nix. “He worked hard to win our business, hosting us at the Dealer’s headquarters in Welham Green, near Hatfield,  where he showed us over an Econic and explained all of the model’s attributes in detail – it was obvious that he really knew his stuff. Once we’d placed our order he also liaised with the bodybuilder, and kept us fully updated at all times.”

“We’ve been very impressed too, with the friendly, professional approach of Truck Service Advisor Jessica Bevan and her colleagues at Thurrock. These are still early days but we have every confidence that they’ll provide exemplary back-up.”

The 18-tonne Econic has been allocated to driver Alex Fenemore. “I’ve always liked my Swedish trucks previously but I’m now a Mercedes-Benz convert!” he declared. “The Econic is the perfect vehicle in which to drive around central London, and the cab is clearly built and equipped to a very high standard.

“I love it so much that I’ve even stuck a badge from Mercedes-Benz Cars’ high-performance brand AMG on the front!”