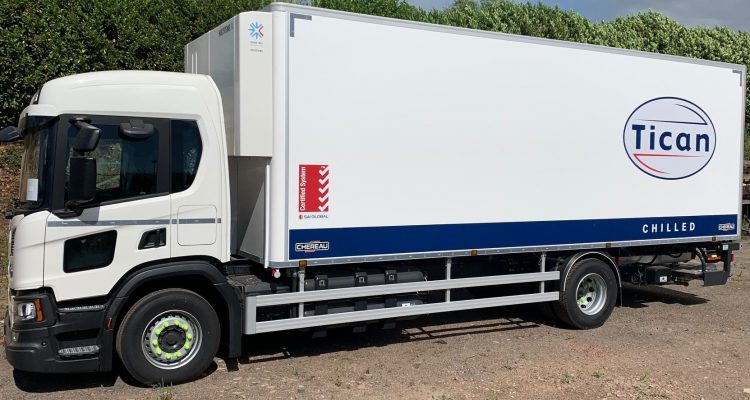 Diesel in the red as Hultsteins keep Tican in the black

The diesel-free slimline systems are fitted to two 18-tonne Scanias, themselves powered by CNG as part of the operator’s drive to reduce running costs and lower emissions.  The TRUs employ a hydraulic pump, which is driven by the power take-off from the vehicle’s engine.  They negate the need for a traditional, diesel-powered TRU and render the trucks much cleaner and cheaper to run.  They are also more efficient than many other hydraulic drive systems because they power the fridge compressor directly, and therefore do not waste energy by converting it from hydraulic to electric. 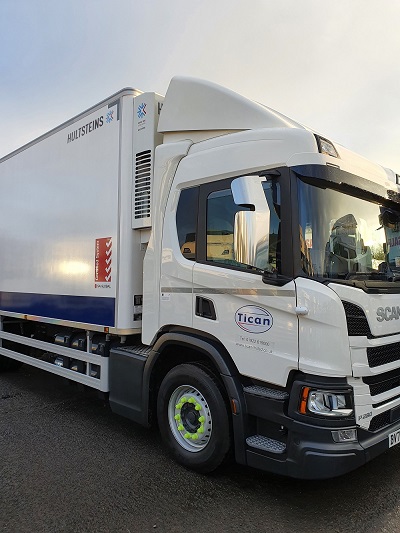 Tican, which specialises in chilled meat distribution, began using the Hultsteins units in December 2020, and the two Scanias now have close to 18 months of service under their belts.  Group Operations Manager, Ian Adderley, explains how much the company has saved as a result.

“We really get a lot from them, and we save about 30% on fuel across the whole truck – including the CNG – compared to an equivalent diesel,” he says, “they’re a lot cleaner than the diesel fridges and just better overall.”

This comes little more than a month after the government removed the red diesel allowance for the temperature-controlled sector, among others, leaving operators with a 46.81p per litre increase in fuel tax alone. The Cold Chain Federation calculated that it would add £6.53 to average daily running costs and approximately £100m to the industry’s estimated 40,000 TRUs – and that figure is expected to rise along with fuel prices.

“It’s going to cost us more to run our diesel trucks because of the red diesel situation, so I wouldn’t be surprised if the savings on the CNG vehicles with electric TRUs actually creep up to 40% or more,” adds Ian.

The two units are the first in the UK to be fitted with Hultsteins’ Intelli Start.  Developed in Sweden, the autonomous system is integrated into the software of the Scania trucks and allows the refrigeration system to start and stop the truck engine when parked, thereby ensuring temperature maintenance at all times.

The hydraulic TRUs also have the edge in terms of maintenance. Tican has found them to be more reliable than equivalent diesel units during their time on the fleet, which is typical of a system with fewer moving parts. They are also backed up by Hultsteins’ five-year parts and service warranty.

“We’ve had no breakdowns at all, which is really good, but we’ve had a couple of issues with conventional diesel units over the past 12 months or so,” says Ian, “it’s nothing huge, but there’s been a noticeable difference between them and the electric ones, which are definitely better for vehicle uptime.”