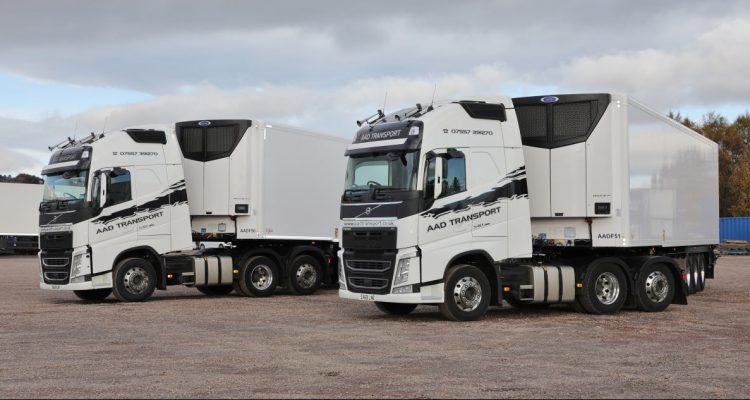 Mounted to 13.6-metre Gray & Adams trailers, the Vector HE 19 MT units represent new additions to the company’s 40-strong trailer fleet – which is currently 75% Carrier-cooled – and form an integral part of the firm’s continued expansion. 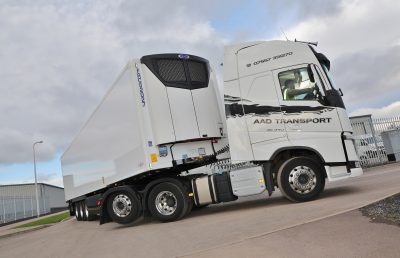 “We introduced our first Vector HE 19 MTs in 2019 and were excited to see how they performed,” said Alan Davie, Managing Director, AAD Transport. “We’ve seen excellent improvements in efficiency and sustainability; and they are significantly quieter than any other unit we operate. The new units are incredibly driver friendly and were an instant hit for those spending nights away, with the quiet operation helping them get a much better night’s sleep, which is of course vitally important.”

The new Vector HE 19 MT units operate 3 dB(A) quieter than legacy Vector 1950 units, which to the human ear equates to a 50% reduction in noise. The system’s impressive sustainability credentials result from a combination of Carrier Transicold’s E-Drive™ all-electric technology and an all-new multi-speed engine design. This can deliver up to 30% fuel savings when compared to the Vector 1950 unit, with a 40% increase in refrigeration capacity during pull-down.

When compared to the Vector 1950 unit, the Vector HE 19 MT unit is also 19% more efficient when plugged into the electrical grid on standby, meaning it can deliver reduced diesel, maintenance and electricity costs. This aligns with Carrier’s 2030 ESG goals to reduce its customers’ carbon footprint by more than one gigaton.

Another defining factor in AAD Transport’s decision for the Vector HE 19 MT unit was the impressive maintenance support it receives from the local service partners Carrier Transicold East Scotland and Carrier Transicold South & Central Scotland.

“Carrier delivers unrivalled reliability and fantastic service support; it’s what has kept us coming back for the past six years,” said Davie. “In that time, we have built a really strong relationship with our local dealer, which is always available to support and delivers a great service.”

The new trailers are expected to stay in operation with the family-run haulage business for five years, clocking up around 100,000 miles per year. They will primarily transport fresh fruit and vegetables, alongside a range of frozen goods, both domestically and into mainland Europe.