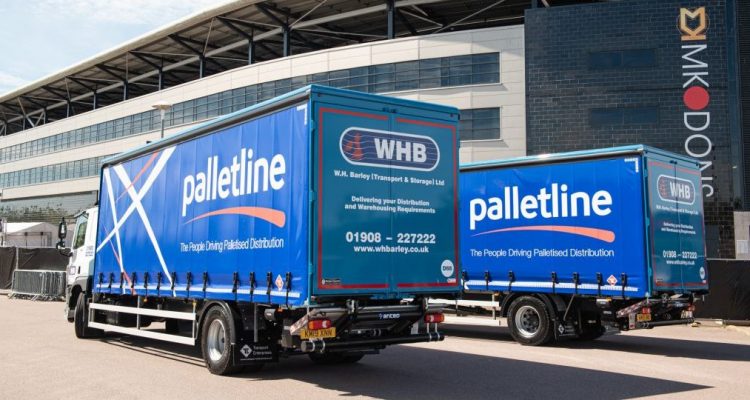 A first for the company, which this year celebrates its 30th anniversary, it is an impressive achievement given the nationwide restrictions resulting from the pandemic, followed closely by the national driver shortage and fuel shortages all of which were unprecedented.

With volumes rising from 17,000 to more than 20,000 pallets per day, this exponential growth has been fuelled predominantly by the recovery of manufacturing and the growth in B2C, as well as the network’s relationship with Amazon – Palletline is the only UK pallet network in the online retailer’s Inbound Preferred Carrier Programme – which showed an incredible a 52% increase between 2019 -2021.

Equally, by spreading their net and expanding their offering with the launch of their new micro pallet delivery service, Palletline were able to boost growth by a further 2.8 per cent. 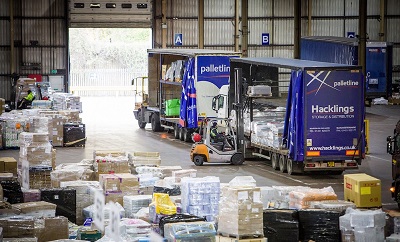 Even in the wake of significant growth, the distribution network was able to maintain optimal service levels largely due to their multi hub model; through which members collect pallets from local customers and exchanges them at one of its six strategically located hubs in Glasgow, Haydock , Leicester, Birmingham, Coventry and North London.

It was the flexible nature of this model that enabled the network to contract or expand operations into either its central hubs only or out to its regional hubs. It also allowed the catchment area for each hub to be expanded so more of its members’ freight was handled regionally during the height of the peak, rather than at the Central Hub.

Graham Leitch, Group Managing Director of Palletline commented: “It has been both an exciting and challenging year during which we have enjoyed healthy sustainable growth, laying strong foundations for the future.

“By diversifying and improving the business we have not only continued to deliver a strong service offering but have achieved this amazing milestone of delivering five million pallets in 2021.

“Credit too must go out to our staff for their continued commitment and professionalism which has helped us in achieving this record-breaking result.”

Graham also said: “Showing consistent buoyancy throughout the year, the palletised freight market still remains highly competitive and unlike the previous period, market volumes have significantly increased. We have seen this trend continue into 2021/2022 which has led to the completion of a 10-year capacity planning exercise, ensuring our current multi-hub model is fit for purpose in the longer term.”