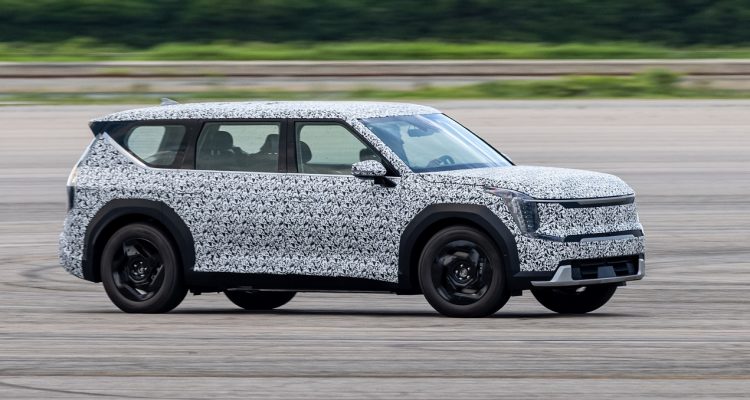 Kia has revealed details of the final intensive testing program undertaken by the Kia EV9 ahead of its world debut in 2023. The all-electric Kia EV9 will become the brand’s flagship model and will revolutionise the large electric SUV segment, while accelerating Kia’s brand transformation and affirming its leadership in sustainable electric mobility. 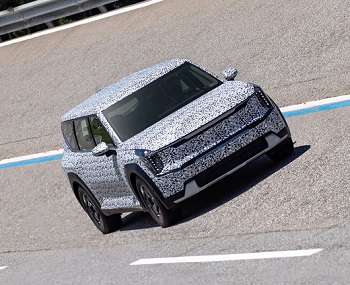 Developed over a period of 44 months to set new standards in design, performance, range, driving dynamics, technology and comfort, every facet of the EV9 is currently being pushed to the limits of durability at Kia’s global Namyang R&D centre in Korea.

During this final testing phase, the EV9 is relentlessly subjected to a grueling verification program. Testing on a 4WD climbing hill and rough terrain tracks, as well as deep-water wading, will ensure maximum reliability even in the most challenging conditions. Kia’s high-speed, handling, and low-friction tracks place every element of the EV9’s performance and roadholding under the strictest scrutiny. At the same time, ‘Belgian pavé’ cobbled road surfaces enable Kia’s engineers to subject the EV9’s ride comfort and build quality to the harshest possible trials. In addition to the test programme at Namyang R&D centre, like every Kia model, the EV9 has also been subjected to a punishing testing regimen in locations all over the globe. 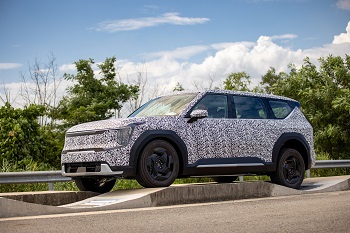 Kia first gave the world a preview of its newest flagship model in the form of the Kia Concept EV9, unveiled at AutoMobility LA in Los Angeles last year. Personifying ‘Opposites United,’ the brand’s groundbreaking new design language, the EV9 production model will represent the pinnacle of what is possible with an SUV. The Kia EV9 developed on the company’s advanced Electric Global Modular Platform (E-GMP) and will usher in a new era in sophisticated, high-technology, sustainable mobility.

Set to be formally introduced in the first quarter of 2023, the Kia EV9 will follow in the footsteps of the brand’s ground-breaking all-electric EV6. The Kia EV6 has garnered numerous critical accolades, including the highly prestigious European Car of the Year 2022 title, and in the UK has continued to impress at an incredibly high level.