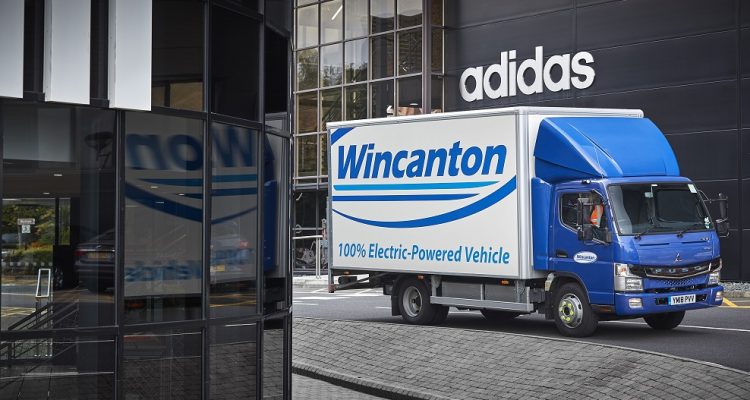 Demonstrating the company’s commitment to reducing its environmental impact, Wincanton is operating an all-electric Daimler Trucks FUSO eCanter as part of its work with sportswear giant adidas. 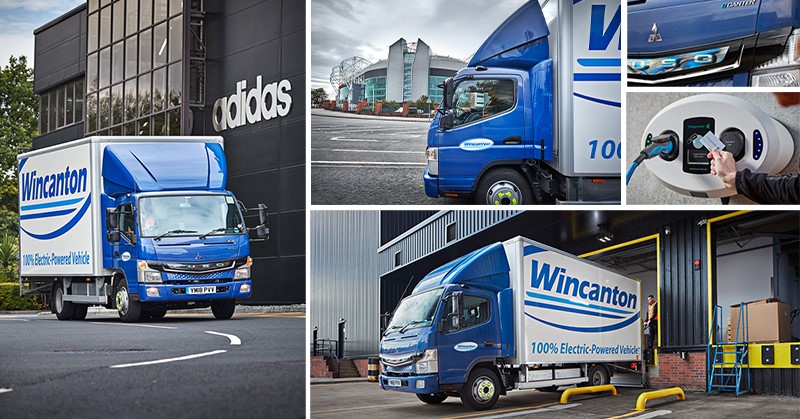 The 7.5 tonne vehicle is based at the Wincanton-operated adidas distribution centre in Trafford Park, Manchester. It is used to make regular deliveries throughout the city and surrounding area.

Manchester United’s Old Trafford stadium and Carrington training ground are among its regular destinations, to which it transports kits and equipment for the team’s players, as well as merchandise for sale at the club’s Megastore.

The vehicle can cover close to 120 miles on a single charge and carry 4.5 tonnes of cargo; making it ideally suited for urban deliveries.

Network Director at Wincanton, Andy Devere, said: “The FUSO eCanter shows that Wincanton is thinking differently about logistics and addressing the environmental challenges we’re all facing.

“By using this vehicle, we’re taking a diesel-powered alternative off of the road. This will help to make the environment better and the air cleaner for everyone that lives and works in the Manchester area.

“Introducing these vehicles is a key part of Wincanton’s innovation roadmap, and its growth plan for the future of urban distribution transport.”

This latest addition to its fleet is further evidence of Wincanton’s commitment to alternative fuels. In March 2018, it became the first UK 3PL to introduce production-level electric vehicles to its fleet, with five FUSO eCanters brought in for inner-city deliveries in London.