The famous house sandwiched by the M62

Every time you drive past Stott Hall Farm, you ALWAYS have to turn and look. It’s a knee-jerk reaction.

If the name “Stott Hall” doesn’t ring a bell, the description certainly will: We’re talking about that bizarre farm house that sits slap-bang in the middle of the M62 on the way to Yorkshire. 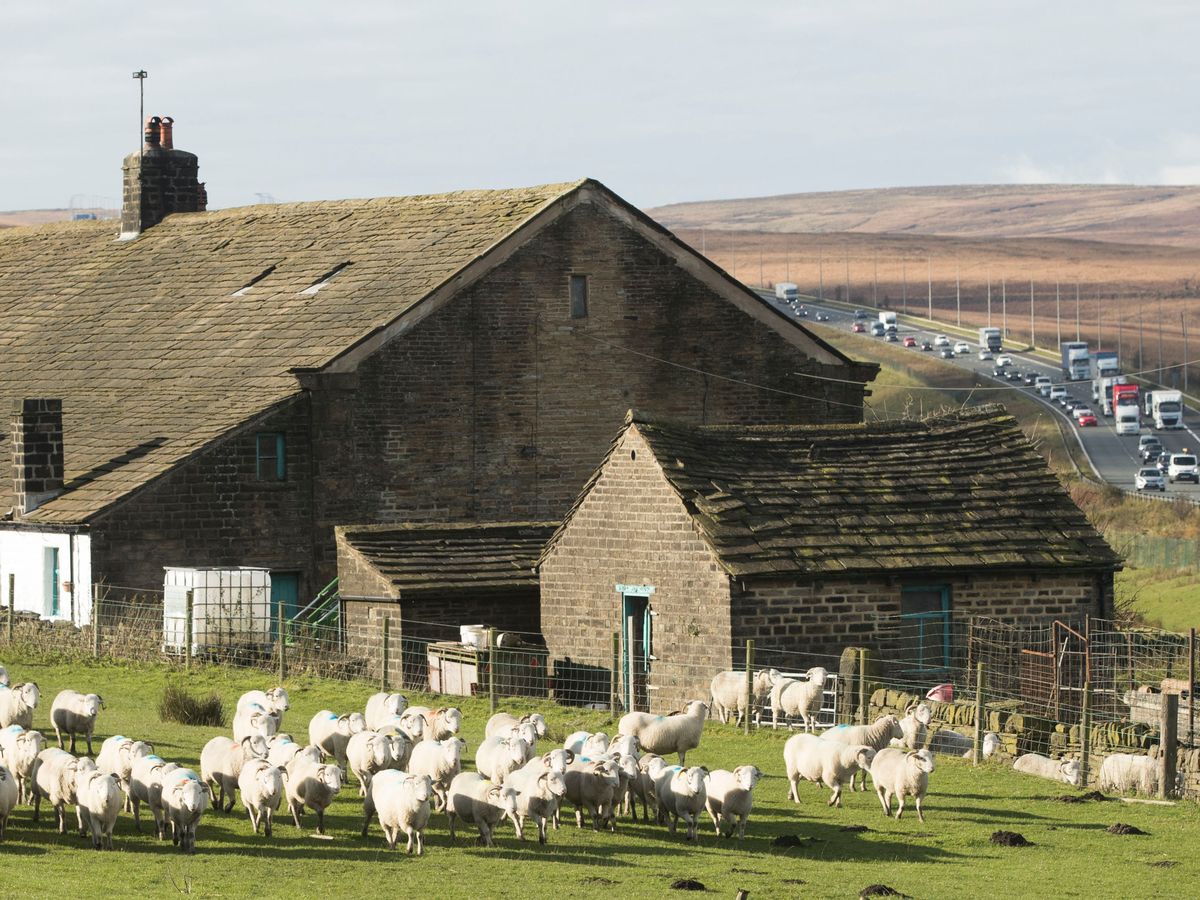 Perhaps better known as “Motorway Farm”, this rural residence has been pointed at by passers-by for more than fifty years, and its peculiar location has long been the subject of debate among drivers.

But what’s the real story? How exactly did it get there? Did the old owner really refuse to move house when contractors attempted to force him out?

To elaborate, if you were ever whisked up this motorway in your youth, you’ll probably remember your parents explaining that the owner of the farm had elected to sit tight despite planned construction, and the helpless council were forced to build around the house instead.

It was a great story – and one that everyone used to tell – but it turned out to be an urban myth.

True, Stott Hall Farm WAS left untouched when the long stretches of tarmac were built back in the 1960s. But the real reason wasn’t due to a stubborn owner.

It was because of a geological fault.

After drawing up their construction plans, engineers deduced that it was much easier to ignore the farm rather than bulldoze it – meaning landlord Ken Wild and his family were free to stay put if they wanted.

And they did just that.

Interviews over the years have revealed the family enjoyed living there, too – reaching a point where they tuned out the traffic around them.

The interior of the house was as cosy and tranquil as a holiday cottage, food was plentiful, and Mr Wild even bred a hill ram here so impressive it won him an award.

Wild’s granddaughters also look back on their time at Stott Hall Farm with fondness; remembering more about the leaping baby lambs than the gawping faces pressed up against car windows. 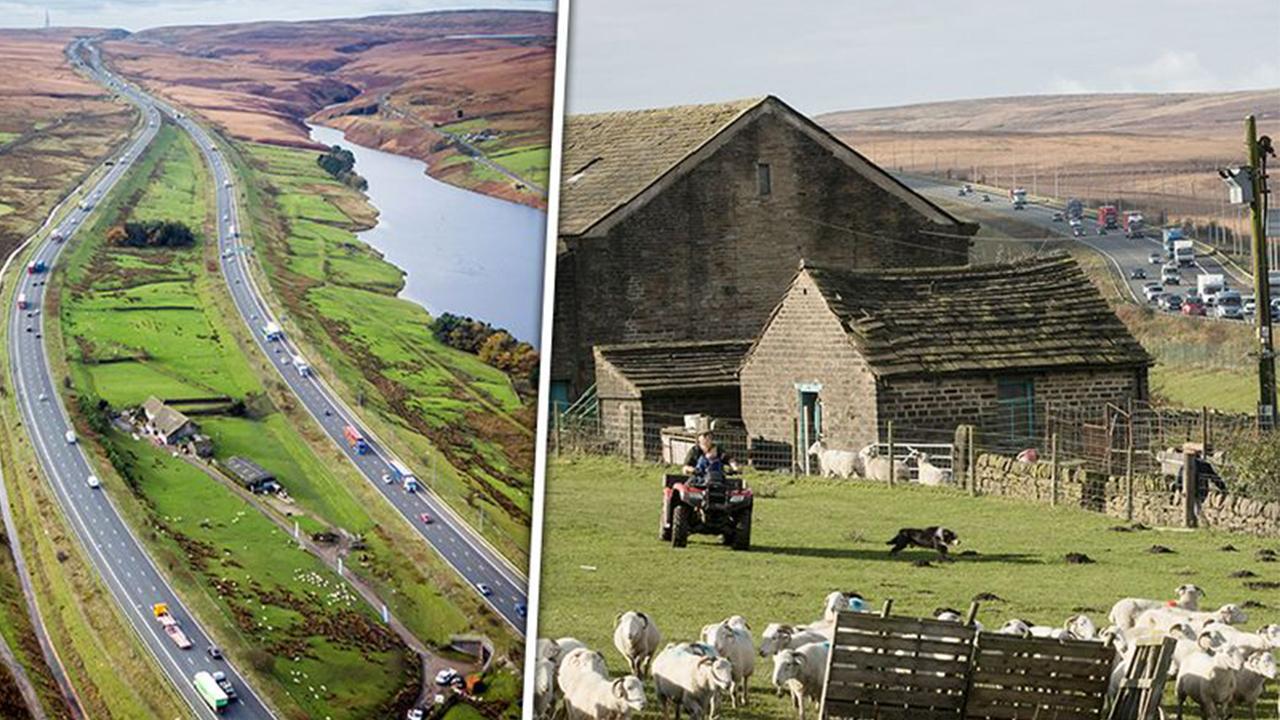 Another legend about the farm – often debated but rarely resolved – was whether the inhabitants could actually leave the premises.

As it turns out, a nearby underpass off the A672 offered the Wilds easy access to and from Stott Hall – meaning the family could walk below the traffic and commute to school like everyone else… albeit via a much less ordinary route.

Residents have claimed to feel safe here, although it has been home to a number of accidents over the years. Inevitable, really, when you consider the high volume of traffic roaring past in parallel.

The Wilds suffered one major scare several years ago when a 30ft lorry flipped over into their field at four in the morning.

The driver miraculously climbed out of the window unhurt, and nobody else sustained any injuries.

Stott Hall was purchased by Yorkshire Water in 1989, with Paul Thorp and his wife Jill Falkingham-Thorp moving in as tenants.

The growing number of motorists on the M62 continue to cause an ever-increasing racket, but well-built triple-glazed windows keep noise pollution to an absolute minimum when indoors.

Strategically-planted trees also block out the tiresome sight of brakelights.

Incredibly, despite its position between two jam-packed, fast-moving carriageways, Stott Hall Farm is now a haven for wildlife – with birds congregating among the ewes and suckler cows across more than 300 hectares.

For more insight on the amazing history of M62’s prize possession, be sure to watch this Clegg’s People documentary film from 1983.

Story first appeared in The Manc