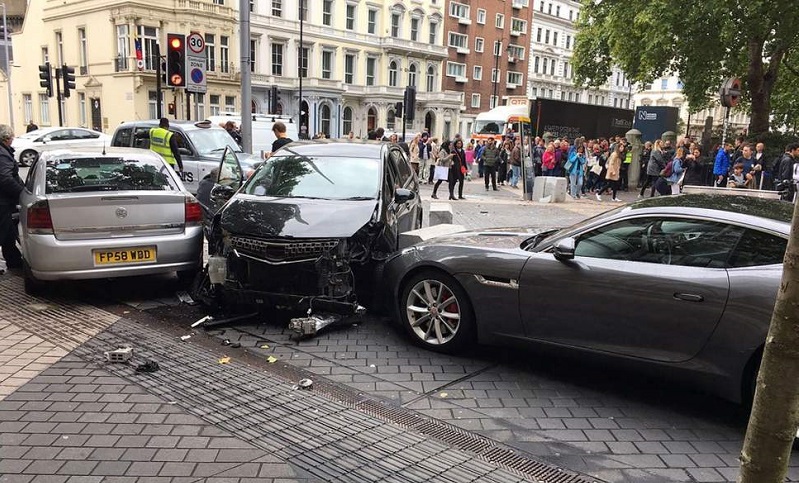 Although the figure for the number of people killed or seriously injured (KSI) down slightly since 2017, statistics for the year ending June 2018 show 26,610 people have unfortunately died or been severely injured on the roads of Britain.

As a result, motoring specialists at Click4reg.co.uk decided to take a closer look at the three most common reasons drivers have road accidents, resulting in a  police officer attending the scene.

The data was put together by analysing  figures released by GOV in Nov 2018 for all 33 London boroughs. The data included 78 causes of road accidents, and Click4reg.co.uk opted to narrow down the most common causes, by ranking each London borough from highest to lowest by adding up the figures for the three most prominent  causes of accidents in 2017.

Interestingly, the results show that the most common cause of incidents where a police officer had to attend the scene was the same for all London boroughs and it was caused due to the “driver/rider failing to look properly”.

The second most common reason was the same for nearly all boroughs (“driver/rider failed to judge other person’s path or speed), except for Westminster and City of London, where the “pedestrian failed to look properly” with 240 and 39 accidents reported respectively in 2017.

Collectively, Westminster topped the table, with the added total for all three most common causes of accidents the highest out of all London boroughs (957).

Thereafter, the boroughs with the highest total for the three most occurring causes of accidents in 2017 were:

At the other end of the scale, the boroughs with the highest total for the three most common causes of accidents in 2017 were:

Interestingly, the third most common reasons drivers were involved in an accident were very mixed for all London boroughs. In total, there was a variety of four causes; although “poor turn or manoeuvre” reappeared more frequently. 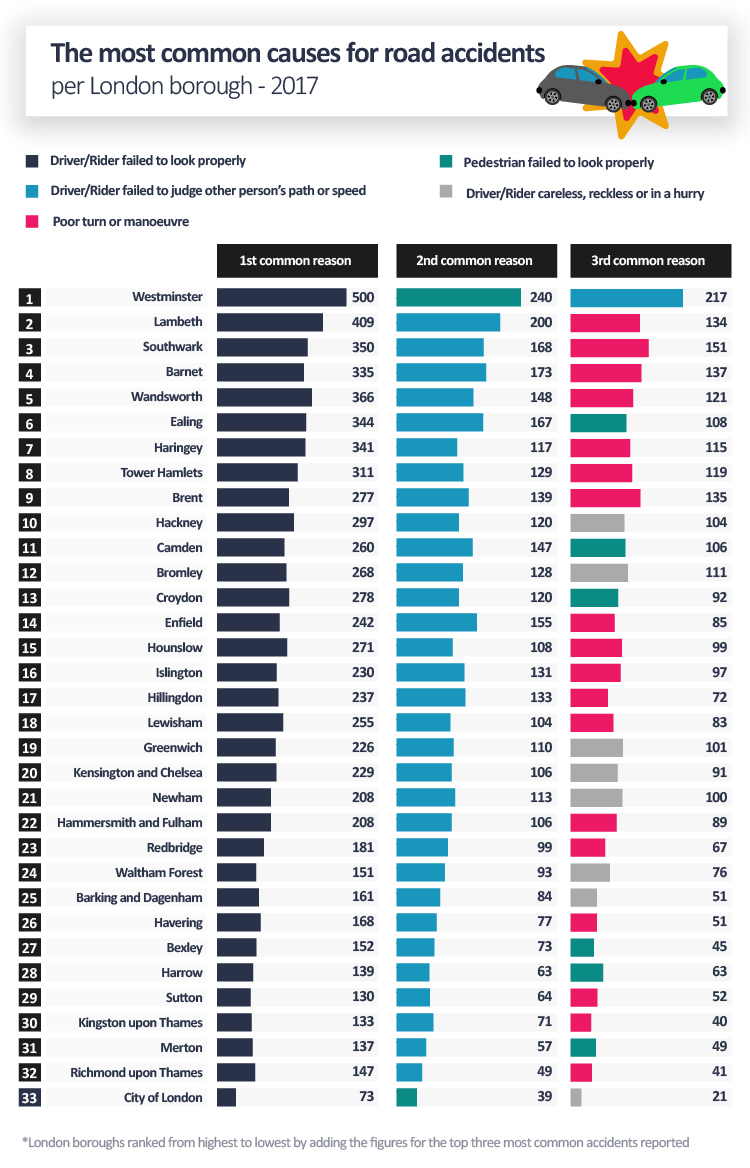