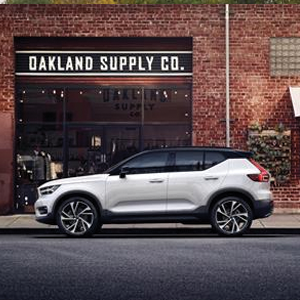 Volvo’s new XC40 premium compact SUV has followed in the footsteps of its larger stablemates with competition-beating residual values, following the car’s unveiling in Milan.

Residual value guides Cap Hpi and KeeResources have both positioned the new XC40, Volvo’s first entry into the compact SUV sector, ahead of its two main premium German rivals, the Audi Q3 and BMW X1. The figures underline further Volvo’s status as a fully-fledged premium brand.

Graeme Oswald, Remarketing and Total Cost of Ownership Manager, Volvo Car UK, said, “Our larger 90 series cars, as well as the new XC60, have paved the way for these strong residual values, and it’s a fantastic achievement that our new compact SUV has been so well received by the industry.

The new Volvo XC40 is available to order now.