“What’s in a Name?” British Drivers Reveal Their Most Popular Car Names 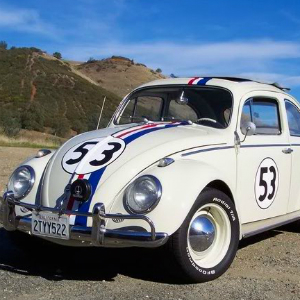 Do you give your car a pet name? If so, you’re not alone!

New research reveals that almost one in seven drivers name their car – and that women are more than twice as likely to christen their motor.

Nearly 1,000 motorists were quizzed by the specialist online car seller BuyaCar.co.uk to learn more about the emotional attachment people have to their cars. And the results reveal that the name most often chosen for the family motor is – ‘The Beast’.

The findings suggest that people still attribute personality to their cars, despite modern vehicles often being accused of lacking the character of their older counterparts.

It also turns out that 30% of women affectionately name their motor, compared with just 15% of men.

The names chosen for their car by men and women also suggest that girls are the most zany when it comes to christening their car.

BuyaCar.co.uk classified the 139 names revealed in their survey as ‘male’, ‘female’ or ‘silly’ and discovered that men choose equally between the three categories. That means a guy is just as likely to name his car something like Doris or Hugo as he is to choose a more abstract or comic name like Tardis or Vlad The Impaler.

Women are even more likely to choose less conventional names for their car – apparently favouring cartoon characters in particular, such as Asterix or Bambi.

But it’s ‘The Beast’ which tops the chart of car names and it doesn’t always signify a particularly aggressive vehicle image. Beasts in the BuyaCar.co.uk survey included a diesel Vauxhall Astra, a SsangYong Rodius, a Fiat Grande Punto and a Nissan Elgrand van.

The same goes for ‘Pixie’, which doesn’t always mean a small or cute car. Among the ‘Pixies’ in the list were a Skoda Superb estate and a Jaguar XF.

Leos included a Peugeot 3008 and a Lexus IS 300h, while Arnie was the choice of people driving and Audi A4 Avant, a Volkswagen Golf and a Fiat Punto.

Suzi turns out to be an unsurprisingly popular choice for drivers of Suzukis.

Austin Collins, Managing Director of BuyaCar.co.uk – who drives an unnamed Volkswagen Scirocco – said: “On the face of it our survey looks like just a bit of fun but it does reveal how attached people often are to their cars.

“After all, we probably don’t name our fridges or even our bicycles, but there is something about cars that often makes them feel almost like a living thing with a personality. Research has often shown that drivers report a sense of having a relationship with their car and even talk about them in a similar way to how they might describe a person – for example, as ‘part of the family’.

“Our findings also tie in with the trend toward personalising cars, which has really taken off over recent years.

“It certainly suggests that anyone who argues that the superbly engineered and more reliable vehicles of today have less ‘personality’ than older cars are mistaken.”