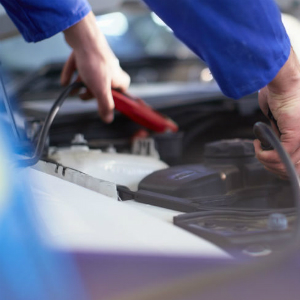 More than 7.3 million British drivers have experienced battery trouble in the last two years, with well over half (57%) of these motorists needing to replace the battery in their car, according to new research from Kwik Fit, the UK’s largest independent automotive servicing company.

The biggest single drain on a car’s battery is the charge needed to start the engine from cold, and short journeys don’t provide enough time for the battery to be fully recharged. Kwik Fit suspects that the high number of drivers experiencing problems could be connected to another main finding of the research – that for 41% of drivers, their average daily journey is 15 minutes or shorter. A further 20% of motorists have an average daily journey time of 16-20 minutes, meaning the majority of drivers’ daily journeys are 20 minutes or under.

At this time of year, the cold weather exacerbates the issues caused by these short trips, with many drivers experiencing problems when they want to set off for work. The two hour period between 7-9am is the peak time for battery problems, with more than one in five drivers (21%) suffering at this time of day. This is reflected in the knock on impact for those with battery problems – 22% said they were late for work as a result, while 9% said they missed an important appointment.

Kwik Fit also found that battery issues have been financially costly for many motorists – 8% had to hire a car or taxi at their own expense while 4% say they missed a flight as result of their battery problems. Battery problems have also caused drivers to lose out on once in a lifetime events with 6% of those experiencing battery issues missing concerts, plays or other entertainment. However, arguably the biggest impact has been on the 3% who were late for a wedding.

London drivers are most vulnerable to battery problems, with 43% of the capital’s motorists saying they have had trouble in the last two years, nearly twice the national average (23%) and more than six times the proportion of drivers in Wales (7%), the region which had the lowest level of problems.

Roger Griggs, communications director at Kwik Fit, says: “Although battery technology has improved dramatically, the demands placed on them by in car technology has also increased. If drivers experience any sort of issue with their battery, such as it taking longer than normal to start their engine, then we would advise that they get the health of the battery checked out as soon as possible.

“Kwik Fit can carry out a free battery health check to assess the condition of a battery and whether it’s holding its charge effectively.  This will give drivers advance warning of any problems, rather than finding out on a cold winter’s morning when they need to get somewhere urgently.”

Kwik Fit offers a free winter safety check in which the health of the battery will be tested, as well as the condition of the car’s tyres, the level and strength of coolant, wiper blades and light bulbs.