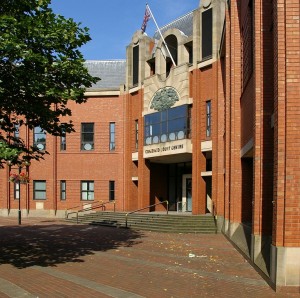 A Hull vehicle recovery firm have been fined £5,000 for safety failings after a falling lorry trapped a mechanic, causing serious back injuries.

The 22-year-old worker fractured two vertebrae when the seven-tonne lorry fell from a jack, at ABR Rescue Ltd in June 2012, and was unable to work for three months.

Investigators from the Health and Safety Executive (HSE) told Hull Magistrates on Friday that the firm had badly neglected the safety of their employees.

They told the court they had failed to provide safe working methods and not addressed the risks of harm associated with working underneath vehicles.

The mechanic was fitting a brake chamber to the LGV, which was without nearside wheels and being supported by a single hydraulic jack standing on a block of wood.

It trapped the mechanic underneath when another employee working in the lorry’s cab started the engine.

Dr Nicholas Tosney, Inspector at the HSE, said: “This young mechanic was working underneath an inadequately supported and unchocked LGV whilst another employee was working in the cab.

“Jacks are for lifting, not support, and in these circumstances it was entirely foreseeable that when the engine was started the vehicle would fall.

“Because ABR Rescue had not looked properly at the risks of the job, they had not identified the measures needed to control those risks.

“However, the precautions that should be taken are well-known in the industry and if the company had fulfilled its duty of care, then a young worker would have been spared a serious injury.”

Image courtesy of D H Wright, with thanks.