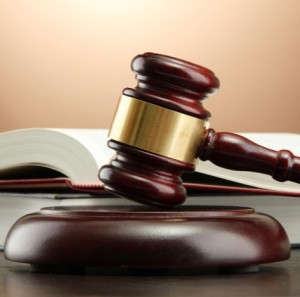 A Swansea-based firm have been fined £120,000 for safety failings after a lorry driver was crushed to death by heavy graphite parts while dangerously unloading his vehicle.

Non-English-speaking Turkish national Ahmet Yakar, 52, was killed after being struck by parts weighing up to a quarter-of-a-tonne each, at Morganite Electrical Carbon, in July 2011.

Investigators from the Health and Safety Executive (HSE) found Morganite did not have safe working procedures for receiving and unloading delivery vehicles.

They also failed to carry ouy a suitable and sufficient risk assessment for loading and had no set policy for dealing with drivers who did not speak English.

HSE investigators told Swansea Crown Court that Mr Yakar was reluctant to open up the sides of his curtain-sided lorry as he arrived to make a delivery at Morganite.

Instead, he was supplied with a hand-operated pallet truck to move the boxes to the back of the lorry, where they were transferred to a forklift.

During the operation, the boxes became unstable, with the top box toppling and knocking him off the lorry, and the following box toppling onto him as he lay on the floor.

Despite efforts to free and revive Mr Yakar, he died at the scene.

Steve Lewis, Inspector at the HSE, said: “This tragic incident could have been avoided had Morganite carried out a proper risk assessment of the unloading procedure and insisted Mr Yakar open the curtain sides to the truck instead of unloading from the rear of the vehicle.

“The company failed to provide their employees with suitable instructions and safe systems of work for accepting lorry deliveries to site.

“They should have taken responsibility for the driver’s safety and the delivery and unloading operation.

“Mr Yakar and his family in Turkey have paid the ultimate price for Morganite’s carelessness in this regard.”