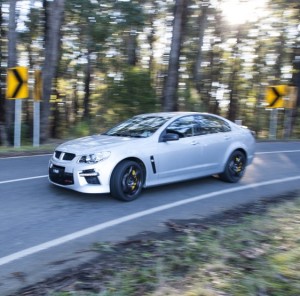 Vauxhall are set to reveal their all-new supercharged VXR8 GTS – the most powerful car available for under £60,000.

Priced £54,999, the 576bhp super-saloon will be revealed at next month’s Performance Car Show alongside Autosport International, before reaching UK owners in the first quarter of next year.

Based on Vauxhall’s sister company HSV’s new GEN-F GTS, the VXR8 GTS – which achieves 0-62mph in 4.2seconds – is the most powerful production car ever to emerge from Australia.

Stuart Harris, Head of Carline Brand at Vauxhall, said: “The Performance Car Show and Autosport International is an ideal location for us to take the wraps off the UK’s first new VXR8 GTS.

“While this is unashamedly one of the most powerful road cars you can buy in the UK, the GTS was developed by people who have a wealth of experience in motorsport, so putting it in front of thousands of car racing enthusiasts is a no-brainer for Vauxhall.”

The VXR8 GTS is more powerful than key rivals including the BMW M5 and Mercedes-Benz E63 AMG.

Its new supercharged LSA V8 engine deliverers 576bhp and 545lb/ft of torque – an increase of 150bhp and 140lb/ft over the outgoing LS3 engine.

To cater for the extra performance, the GTS is fitted with an all-new Brake-Torque Vectoring system and latest generation Magnetic Ride Control with three independent settings.