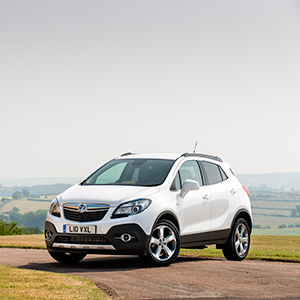 Vauxhall have now received more than 200,000 orders for the Mokka across Europe since its launch 18months ago, it has been revealed.

The sub-compact SUV has now approached European bestseller status, with last month confirmed as the vehicle’s best ever.

Sales have doubled across Europe less than one year after the Mokka hit its sales target of 100,000 in April 2013, and the vehicle currently comprises 11.3% of segment share.

“The Mokka was one of the first compact SUVs to be launched and it has been very popular with our customers ever since.”

The Mokka currently sits at number two in the SUV-B segment with a market share of 17%.

Tim Tozer, Chairman and Managing Director at Vauxhall, said: “We are delighted with the Mokka’s sales performance.

“The Mokka was one of the first compact SUVs to be launched and it has been very popular with our customers ever since.”