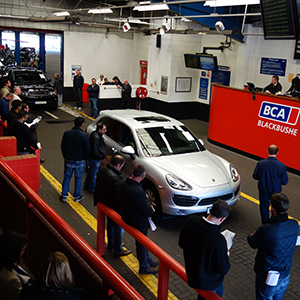 The average defleeted used car went for a record-high £9,642 at auction last month.

CAP performance fell by nearly three points over the month to 95.67% but was ahead year-on-year.

Meanwhile, retained value against original MRP fell  by nearly a point to 43.05% compared to March and was up by one point, year-on-year.