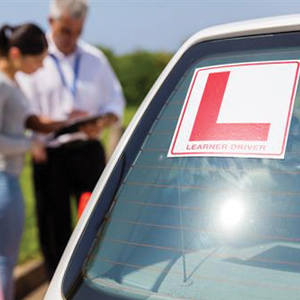 New research out today suggests that half of all young motorists use a mobile phone for navigation while driving, calling into question the changes to the driving test.

The new test, which will now include taking directions from a sat nav and different driving manoeuvres, has caused concern for driving test examiners, who plan to strike for the first time over changes when they come in to force on Monday 4thDecember.

The study of 2,000 motorists for Continental Tyres revealed people want to see a revised driving exam that is more focused on safety like understanding the laws around mobile phones (64 per cent) and routine checks including the minimum tyre tread depth (57 per cent).

Checking oil and other fluid levels were also rated as important.

Mark Griffiths, safety expert at Continental Tyres, said: “It is clear to see that people want the new test to support improved road safety and deliver good driving practice as well as test skills. It’s good to know people want a stronger focus on safety checks, like how to check tyres, as well as the safe and legal use of mobile phones while driving.”

The extent of the issue is revealed as one in eight people admit to having a phone in their hand or lap when following driving directions.

The driving test was introduced in 1935 and the changes on 4th December marks the eighth revision to the practical test.*

Mark Griffiths continued: “Our research found that six in ten people are unaware that the driving test is about to change but when prompted people clearly want a different focus as well as regular test reviews.”

Almost half of all motorists (47 per cent) think that the driving test should be updated when required to reflect new automotive technologies and changing driving practices.