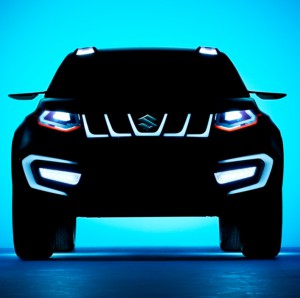 Suzuki are to premiere the iV-4 – a concept model heralding a compact SUV – at the IAA Frankfurt Motor Show in September.

The introduction of the vehicle, according to Suzuki, is an indication of the direction which will be taken with the future model.

Developed with a theme – ‘grab your field’ – the concept ‘embodies the basic ruggedness of an SUV’.

Suzuki claim the overall styling conveys a sense of modernity and innovativeness, while inheriting certain design features of the manufacturer’s other SUVs.

Detailed information regarding the iV-4 will be disclosed at the Suzuki press conference, scheduled for 2.15pm, on September 10, in Hall 9.0, Stand B08.