SEAT Sales Kick Off The Year At A Good Pace 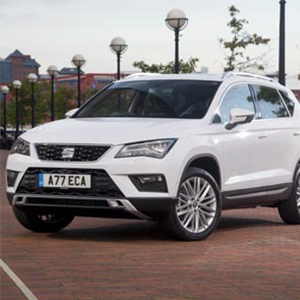 SEAT’s worldwide sales continue to grow in 2017. After finishing 2016 with the fourth consecutive annual increase, and adding a cumulative growth of nearly 30% since 2012, SEAT posted the best January results since 2003. The brand delivered 32,300 cars in the first month of 2017, which represents a 16.5% increase over the same period last year.

“We began the year with solid growth in all our major markets at a rate which is ahead of the sector average. The product offensive is already paying off in the form of sales and increased market share. The Ateca is enabling us to reach new customers, while Leon demand has grown due to launch of the updated version. Ibiza sales are solid and continue to stay ahead of expectations at the end of the current generation,” said Wayne Griffiths, SEAT Vice-President for Sales and Marketing.

The sales increase was particularly positive in SEAT’s main markets. In the United Kingdom, SEAT registrations grew by 23.6% with 3,854 vehicles registered in January. Spain spearheaded deliveries in January with 6,700 vehicles sold (+41.7%) followed by Germany (5,800; +14.5%) and then the United Kingdom. France (1,700; +14.6%) and Italy (1,600; +25.2%) also posted double-digit growth. Most European countries are growing steadily and contributed to boosting SEAT sales in January. Mexico was another prominent market, posting a 16.3% increase and total sales of 2,700 cars.

“2017 promises to be the most exciting year in our history, with January already off to a record breaking start, thanks to our award-winning model range proving a real hit with customers,” said Richard Harrison, SEAT UK Director.

The updated Leon, the best-selling model in the SEAT range, reached the dealerships in January. In addition, the company also presented the fifth generation Ibiza, which is set to go on sale this summer. With the launch of the Arona in the second half of this year, SEAT is going to complete the largest product offensive in its history, which began in 2016 with the Ateca.

SEAT is the only company that designs, develops, manufactures and markets cars in Spain. A member of the Volkswagen Group, the multinational has its headquarters in Martorell (Barcelona), exporting more than 80% of its vehicles, and is present in over 75 countries. In 2016, SEAT’s achieved worldwide sales of 410,200 units, the highest result since 2007.

SEAT Group employs more than 14,000 professionals at its three production centres – Barcelona, El Prat de Llobregat and Martorell, where it manufactures the highly successful Ibiza and Leon. Additionally, the company produces the Ateca and the Toledo in the Czech Republic, the Alhambra in Portugal and the Mii in Slovakia.

The multinational has a Technical Centre, which operates as a knowledge hub that brings together 1,000 engineers who are focussed on developing innovation for Spain’s largest industrial investor in R&D. SEAT already features the latest connectivity technology in its vehicle range and is currently engaged in the company’s global digitisation process to promote the mobility of the future.