Seat Is The Fastest-Growing UK Brand 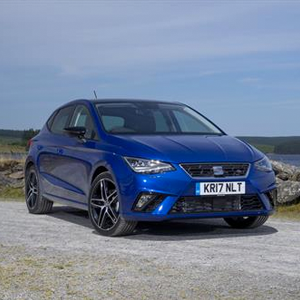 SEAT’s impressive UK growth continued in 2017, as it broke sales records across the board.

It also cemented its position as the UK’s fastest-growing volume car brand*, with sales up an impressive 18.2% compared to 2016, against a backdrop of the UK new car market falling back 5.6%.

Ending 2017 in the style to which it became accustomed throughout the rest of the year, SEAT sold a total of 3,848 units in December, representing a rise of 14.9% year-on-year, and even more impressively, bucking the UK car sales trend for the month which was down 14.35%. As a result, its total annual sales were 56,130, while its UK market share also leapt significantly from 1.76% to 2.21%, moving the brand up the sales charts from 19th to 16th position.

Impressively, the Barcelona-based brand’s UK sales success was very much a range-led one, not relying on a single SEAT product to drive the growth. Leading the 2017 sales charge was the best-selling Leon range, with 20,141 finding homes over the 12 month period. Hot on its heels was Ibiza, with 16,811 (including 6,998 five-door only All-New Ibizas which only launched in the summer). The in-demand Ateca followed with 10,354 sales, while the Alhambra continued to deliver strongly too, with 5,804 units. Worryingly for the competition, SEAT’s latest new model, Arona, is already selling ahead of internal forecasts too, with just shy of 650 finding homes in just six weeks since UK launch.

Commenting on SEAT’s striking results, Richard Harrison, Director, SEAT UK, said, “I’m delighted by our 2017 UK sales performance and such a stunning result, including the title of fastest-growing volume manufacturer, against a slowing UK car market should not be underestimated. All of our latest new models have gone straight to the top of their respective classes and attracted even more buyers to our brand and the best news is that there is yet more to come. I’d also like to take this opportunity to thank our dealer partners and hard working UK team for their support and dedication in achieving such great results.”

In 2018, the brand will benefit from a full year of sales for its highly-acclaimed Ibiza and Arona models, plus, the arrival of its eagerly-awaited large SUV which will take the brand into yet another significant market segment and lift SEAT’s UK new car market coverage to the highest it has ever been.