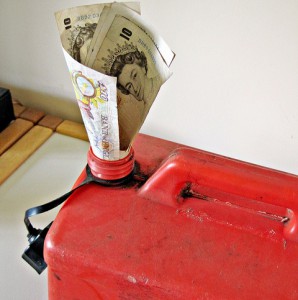 Rising oil prices caused by tension in the Middle East are threatening the UK’s economic recovery, the Road Haulage Association (RHA) have warned.

Commentators have observed that, despite Syria not being an oil producer, there is a strong possibility the Brent oil price may hit $150 per barrel.

Geoff Dunning, Chief Executive of the RHA, said: “This news could not come at a worse time for the UK economy in general and the UK haulage industry in particular.

“The Brent oil price has already gained ground over the past couple of days.

“If it continues to rise at its current rate, it will only be a matter of weeks before we see this reflected at the pump.

“For the majority of haulage operators who buy their fuel in bulk, this price increase has been immediate and with the industry operating on very tight margins the effect on costs has to be passed on to customers.

“As manufacturing regains strength, UK hauliers are playing a vital part in getting the economy moving again and the recent fuel price stability has provided many companies with a real shot in the arm as far as haulage rates are concerned.

“This uncertainty serves to confirm that the issue of fuel duty must now be addressed as a matter of extreme urgency.

“Of course we welcome the succession of rise freezes and postponements we have seen over the past few years but the time has now come to finally end all speculation and come up with solution that will benefit Britain’s vital haulage industry while not putting the Treasury at a financial disadvantage.

“To once again be faced with soaring prices will put many operators right back to square one.”