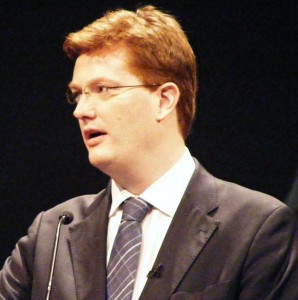 Chief Secretary to the Treasury Danny Alexander will be the keynote speaker at the Road Haulage Association’s (RHA) Annual Lunch 2014, it has been revealed.

Hosted at the Park Lane Hotel, Piccadilly, London, on Thursday, May 15, the RHA Annual Lunch will be attended by MPs, Traffic Commissioners, key industry suppliers and personalities.

Former England rugby union player Martin Bayfield will also be a guest speaker, providing an insight on his career as a former policeman, actor, broadcaster, presenter and columnist.

A RHA spokesperson said: “During his tenure as the Chancellor’s ‘right hand man’, Mr Alexander has gained an excellent insight into the issues surrounding the UK haulage industry and we are confident that he will be making a speech that will be both interesting and thought-provoking.”

Image courtesy of David Spender, with thanks.