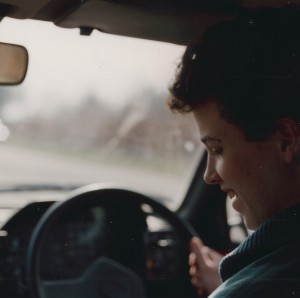 Placing restrictions on the licences of young drivers could more than half fatal accidents among the group, the RAC Foundation have found.

Research by the charity has discovered graduated licencing schemes in other countries have reduced fatal collisions for 17-24-year-olds by 9%-60%.

Casualties among all age groups also drop under such schemes, with reductions of 5%-32%.

The study comes as figures show 20% of drivers aged 17-24 will have an accident within six months of passing their test.

Statistics also show 1,552 young drivers were killed or seriously injured on Britain’s roads in 2011 – more than 4 every day.

Novice young drivers are at particular risk because of their lack of experience and the biological and behavioural characteristics of youth.

Young drivers make up 25% of all those drivers killed or seriously injured on the roads annually, but only account for 8% of licence holders.

However, evidence shows risk reduces quickly as experience is gained, with studies suggesting the first 1,000 miles driven is most important in reducing collision risk.

It looked at evidence from several countries with graduated licensing including America, Australia, Canada, and New Zealand.

Professor Stephen Glaister, Director of the RAC Foundation, said: “Young people are four times more likely to die in a road accident than as a result of drink or drugs.

“Yet, as a society we seem to turn a blind eye to the carnage.

“If this was any other area of public health there would be an outcry.

“Their youth and lack of experience create a deadly mix which means one in five will have an accident within the first six months of passing their test.”

As part of an overhaul of how young people learn to drive, the RAC Foundation are calling for a three-stage process:

The Foundation is also backing a reduction in the drink-drive limit for all drivers to a maximum blood alcohol content of 50mg/100ml, down from the existing 80mg/100ml.

This, they claim, would be of greatest safety benefit to younger drivers, with knock-on benefits for the rest of the driving population.

Mr Glaister added: “Our research shows that putting certain restrictions on young drivers allows them to rapidly build up live-saving experience in the safest possible way.

“Putting a firm number on casualty reduction is hard because of the pick and mix approach to graduate licensing.

“But the evidence suggests that a full package of measures could reduce fatalities by anything up to 60%.

“Some will complain that these proposals are paternalistic and limit people’s freedom.

“We should all have an interest in preserving young drivers’ lives rather than exposing them to undue risk at the stage of their driving careers where they are most vulnerable.

“This is about ensuring their long term safety and mobility; not curtailing it.”

The RAC Foundation research is produced as the Government prepares to publish a consultation on young driver safety.

Image courtesy of Jason The Judge, with thanks.