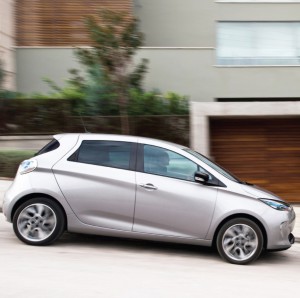 Renault claim they must be as patient in trying to establish electric cars on the market as Toyota were over the introduction of hybrids.

Despite enjoying 50% of the European electric vehicle market, Renault have sold just 29,000 units since introducing the first of four models 18months ago.

“You only have to look at sales of the Prius in the beginning”, she told headlineauto.

“It took eight years to show any volume.

“In France, everything coming from the customers is positive.

“The key word they are saying is ‘refined’.

“They say they are buying the car for driving pleasure and design – the same words they are using for a car with an internal combustion engine.”

Ms Foucher also claimed she is also encouraged by the early success of the Zoe, which has notched up 6,000 sales in its first three months.

Zoe brings down the cost of EV ownership because it has been designed to use the same components as the new Clio where possible.

It also goes down the same production line at the Flins factory to the west of Paris.

“When technology is new it is more expensive,” added Ms Foucher.

“We need to have bonuses otherwise we cannot sell at a competitive price.”