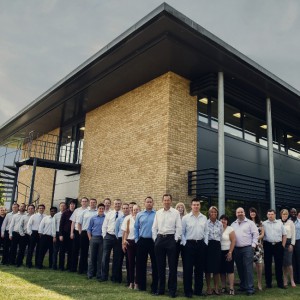 Ebbon-Dacs, specialists in hosted web technology solutions, are gearing up for further expansion and future business development by relocating to new state-of-the-art offices just outside Oxford.

The company, which supplies Leaselink – the UK’s leading e-procurement platform for the contract hire and leasing and fleet management industries – outgrew their 12year association with their Cumnor premises.

“We wanted new offices that matched our growth and expansion ambitions.

“As well as further developments to Leaselink, we are also planning to open new offices in Germany later this year, to go with those we already have in the Netherlands.

“We already have a development team in Eastern Europe.

“Germany is the largest car market and one of the largest fleet markets in Europe, and we will be opening commercial offices to really attack the market, which we believe would benefit from the online purchasing functionality and cost savings that Leaselink brings.”

Ebbon-Dacs recently began development of the second generation of Leaselink, which is used by 13 of the top 15 of the UK’s major leasing companies, following feedback from its extensive user-groups.

MoDel has been involved in the delivery of over 20,000 fleet vehicles since launch and is currently being used by eight major contract hire and leasing companies, who between them operate more than 350,000 company vehicles,  as well as 300 dealers and 20 logistics companies.

Mr Pilkington added: “With a number of product developments and enhancements that will fuel expansion both here and internationally, we felt that now was the ideal time to relocate and ensure we were fully geared up for the next phase of our development.”