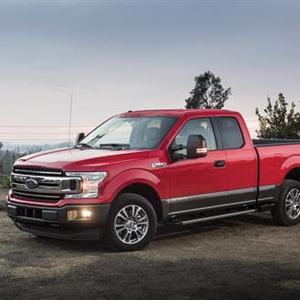 Ford’s new 3.0-litre Power Stroke diesel engine – manufactured by Ford of Europe – will deliver best-in-class torque, towing capacity and payload capacity for F-150 pickup customers in the US, from later this year.

Assembled at Ford’s Dagenham Engine Plant, UK, the first-ever diesel powertrain for the top-selling F-150 delivers 250 horsepower (253PS) and 440lb/ft (596Nm) of torque in US-specification – more than any other diesel-powered pickup in its segment.

“For every truck owner who wants strong fuel economy while they tow and haul, we offer a new 3.0-litre Power Stroke V6 engine that dreams are made of,” said Dave Filipe, vice president Global Powertrain Engineering. “The more you tow and the longer you haul, the more you’ll appreciate its class-leading towing and payload capacity and how efficient it is at the pump.”

“The unbeatable pulling power of a diesel engine makes it the perfect match for the iconic F‑150 pickup, something F-Series fans in the US are about to discover for themselves,” said Stephen Gill, director, Powertrain Engineering, Ford of Europe. “Ford of Europe’s expertise in diesel extends beyond manufacturing. Our Dagenham Diesel Centre, UK, is a centre of excellence for the development of sophisticated diesel engines, including the 2.0-litre Ford EcoBlue and all‑new 1.5-litre Ford EcoBlue.”

In more moderate driving and towing conditions, the F-150 engine control system backs off the fan load through a viscous coupler, closing down the two radiator shutters for improved aerodynamic efficiency and reduced parasitic engine loss.