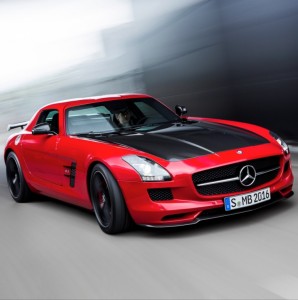 The sports car, powered by an AMG 6.3litre V8 front-mid engine, will be built in a limited run of 350 units and feature exclusively-developed Cup tyres.

Once all units have been built, in coupe or roadster form, production of the SLS AMG model series will come to an end.

It will enter the market in March next year, and offer a 0-62mph time of 3.7seconds paired with AMG SPEEDSHIFT DCT seven-speed sports transmission.

Tobias Moers, Chairman of the Board of Management of Mercedes-AMG GmbH, said: “As the first car to be completely developed by AMG, the SLS AMG marked the beginning of a new era for our company.

“And now, in the form of the SLS AMG GT Final Edition, we are offering our customers one final and extremely attractive variant of our super sports car.

UK pricing and specification will be confirmed in due course.