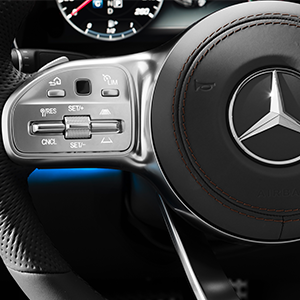 Mercedes-Benz will recall around 400,000 vehicles in the UK as it seeks to fix a potential airbag safety issue.

There have been no fatalities detailed because of the fault, however, Daimler is set to review a million of its vehicles worldwide as a safeguard, with a large portion of a million of those represented by the US.

The recall is the most recent guarantee work to be diverted through Mercedes-Benz dealerships following the choice to review 75,000 autos in the UK over an electrical blame which displayed a fire hazard and three million vehicles all inclusive with an end goal to implement an emissions-reducing software upgrade earlier this year.

The airbag fix procedure is said to take around an hour to carry out and will be applied to affected A-Class, B-Class, C-Class, and E-Class, CLA-Class, GLA-Class and GLC-Class models.

The affected vehicles were produced between November 2011 and July 2017.

“the steering column module clock spring is broken and the wiring components are not sufficiently earthed”.

“This could lead to an electrostatic discharge which could inadvertently deploy the driver’s airbag”.