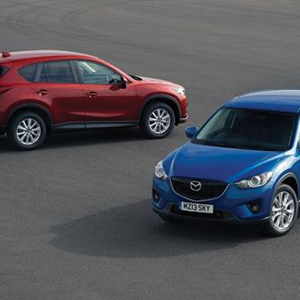 Mazda has taken a trio of awards at the 2018 What Car? Used Car Awards – with both the Mazda CX-5 and the Mazda MX-5 taking titles. With assessment taking place across 15 different sectors, cars were judged within three age groups: 1-3 years old, 4-6 years old and 7-10 year olds.

Taking the Best Used Large SUV aged 4-6 years old and the overall Best Used SUV title, the Mazda CX-5 came out on top in this most competitive of sectors. “Used SUV buyers need a car that combines space, practicality, dependability and safety, and like many of its rivals, the Mazda CX-5 does exactly that. However, it strikes out ahead of the pack in terms of driving enjoyment, where it provides handling that wouldn’t be out of place in a sporty hatchback”, commented Alex Robbins, Used Car Editor, What Car?

Adding, “Then there’s its fuel economy, which is usually impressive in the real world no matter which engine you choose. Throw in the CX-5’s affordability and its impressive scores in our reliability survey, and you have a resounding winner.”

Launched in 2012, the original Mazda CX-5 changed perceptions in the mainstream SUV segment with its award-winning combination of style, driving dynamics and efficiency. Global sales of over 1.5 million mean it now accounts for roughly 25 per cent of Mazda’s global sales volume with more than 32,000 last-generation CX-5s having been sold in the UK.

Commenting on the all-new Mazda CX-5 Jeremy Thomson, Managing Director of Mazda Motors UK said, “the original CX-5 will go down as a landmark car in Mazda’s history, not only did it introduce SKYACTIV technology and KODO: Soul of Motion design, it also showcased how Mazda could make an SUV that was stylish, great to drive and capable of luring customers from premium badged rivals. This is a car that won acclaim from customers and media alike throughout its lifespan, and it’s great that What Car? has recognised its appeal and value on the used market.”

Pre-owned cars purchased via Mazda’s Approved Used scheme benefit from a Mazda multipoint inspection comprising of over 150 mechanical checks and come with the peace of mind of a Mazda full 12-month unlimited mileage warranty, plus UK and European roadside assistance coverage for the same period. Providing the MOT is carried out by a Mazda Authorised Repairer, every Mazda approved used car also comes with up to £750 of MOT Protection, which covers the cost of repairing or replacing a comprehensive list of components.

Tamara Brown, Mazda UK Used Car and Remarketing Manager, said “it’s fantastic to receive What Car’s recognition for both the Mazda CX-5 and Mazda MX-5. I’m very proud of the Mazda’s approved used car programme and the benefits available to our customers when buying from our network.”