Manufacturers ‘must plan for cities without cars’ 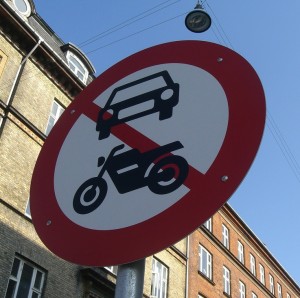 Tackling pollution and congestion in expanding global cities is as important to car manufacturers as it is to governments, an expert has insisted.

“Cities around the world make announcements, almost weekly, describing their strategy to eliminate the car from their central avenues and streets,” he said.

“In December, Madrid announced that 24 major streets are to be ‘radically overhauled’, with car lanes removed, bike lanes added and trees planted to make them cool and shady.

“Overall, 66% of the affected street surface in Madrid will be given over to people on foot.

“Meanwhile the automotive OEMs are, by their own admission, struggling to define their role in these integrated and connected cities of the future.”

“While Ford’s own role is far from clear, Mr Mulally said that more cars are certainly not the answer to cities’ problems of pollution, congestion and the associated economic impact,” added Mr Daniels.

“A combination of legislation, public opinion and hard commercial realities will mean that only those car companies who tackle this head-on, will survive in anything like their current form.

“Those car companies who recognize that they have a potential role in the provision and delivery of transport as a service and in mixed-use, multi-modal solutions, will come out on top.

“It’s not simply about protecting their current position, but leading the way in the multi-trillion dollar global future-cities sector.”

Image courtesy of beany0, with thanks.