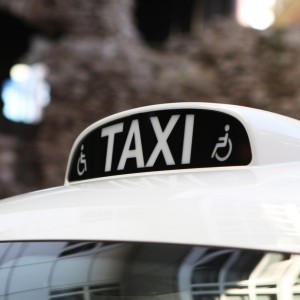 Taxi drivers are campaigning for in-vehicle CCTV to be fitted in all cabs by the end of 2014 after a spate of horrifying attacks.

The calls echo those of Richard Fuller, Conservative MP for Bedford and Kempston, who has tabled a Private Members’ Bill to make CCTV cameras mandatory in all taxis and private hire vehicles.

Cabbies are claiming in-vehicle cameras would be a vital step to improving driver safety; currently, one taxi driver is killed or seriously injured every fortnight by violent behaviour.

Police records obtained by a Freedom of Information request also showed 151 drivers had been the victims of wounding with intent over the past five years.

Taxi driver Linda Richardson, 56, from Hull, told SmartWitness how she was stabbed in the hand by an angry passenger – after having a knife held to her throat.

She said she was left scared and shaken after the assailants made off with her handbag, containing £130 and bank cards, satnav and phone.

“In 18years of driving I’ve never been through such a traumatic experience,” she said.

“I screamed ‘Help I’ve been stabbed’ into my radio.

“I was shocked and upset.”

“I don’t know why CCTV hasn’t been fitted sooner; I hope cameras will be fitted in all UK taxis within the next year,” she said.

“It’s about peace of mind and safety of a daily basis.

“I’d feel safer and more secure if I knew each journey I made was being recorded.

“I work with 200 taxi drivers and they all feel the same.

“Cameras would stop people who don’t pay fares or and the general abuse we get a lot.”

Simon Marsh, Managing Director of SmartWitness, added: “The safety of taxi drivers is paramount to SmartWitness and while our range is completely unobtrusive for the driver, it will give them peace of mind.

“And should an accident or incident occur, our products can provide court admissible evidence and protection against attacks, fraudulent claims and false accusations of driving offences.”