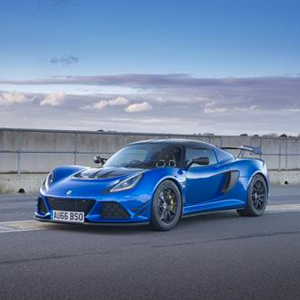 Marking a major milestone in the history of Lotus Group International Limited (LGIL), the company finishes the financial year 2016/17 on plan. Lotus closed the year with positive EBITDA of £2.0m, a major achievement compared to 2015/16 where a £16.3m EBITDA loss was recorded.

There has also been a significant improvement in Profit Before Tax. From a £41.2m loss in FY15/16 to a £11.2m loss overall in FY16/17, with the company recording a Profit Before Tax improvement of £10m in the second half of FY16/17 compared to the first six months of the year. Looking ahead, it allows Lotus to concentrate on the next stage of the business’ development, and a return to full year Profit Before Tax for FY17/18.

Key to this turnaround has been the successful introduction of a completely revised product portfolio, with new benchmark sports cars within the Evora, Exige and Elise model ranges together with the new Lotus 3-Eleven.

Focusing on its core strengths of engineering and core brand values, Lotus is now producing its strongest ever lineup of cars, and the results pave the way for future investment and the development of new models. Recently the company has launched products in new markets, including the US, and opened new dealerships across the globe, increasing from 138 sales points in 2014 to 215 today.

Announcing the news, Jean-Marc Gales, CEO, Group Lotus plc said, “This is a proud moment for Lotus and to have achieved so much is testament to the hard work of all our staff. Our vastly improved profitability, together with an increase in revenue means that for the first time in many years Lotus is now a self-sufficient and sustainable business.”

The road ahead for Lotus

Comprising of Lotus Cars and Lotus Engineering, the Norfolk based company with 850 employees worldwide, improved quality, reduced costs and increased margins resulting in the best sustainable performance for the business for many years.

With an unsurpassed pedigree of building some of world’s best and most revered sports cars, Lotus has recently developed new, highly desirable and profitable products. With its completely revised model range Lotus has reclaimed its position as the leader in pure, high performance benchmark sports cars centered on light weight, efficiency and driver engagement.

A vital part of the return to profitability has been the introduction of sensational new models, based on Lotus’ renowned vehicle architecture. Reflecting the company’s turnaround, these are not only faster and more focused than the previous generation of sports car; they distill the essence of Lotus’ approach to intelligent engineering. From the new Lotus Elise line up, including the sublime Elise Sprint 220, to the mighty Exige Cup 380 and Lotus’ most potent road going sports car ever, the Evora GT430, each clearly demonstrates the company’s ambitions for the future.

Jean-Marc Gales said: “We have emerged from the last three years a fitter and more effective business, where we are fast in bringing new sports cars to market and agile in adapting to new opportunities. We are now in a perfect position to develop the next generation of Lotus sports cars and the 850 highly skilled staff at our headquarters in Norfolk and around the world who have such passion for the business and are ready to take the next steps in the exciting history of the company. The recent announcement that the Zhejiang Geely Holding Group Co. Ltd (Geely) has acquired a majority stake holding in Lotus provides an environment in which the company can flourish. This includes continuing the development of new vehicles and technologies, as well as growing sales internationally.”