Increase fines for texting at the wheel 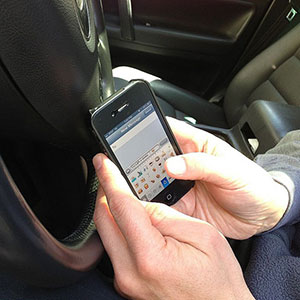 In a recent poll by TrackCompare.co.uk, 66% of fleet operators believe fines for texting while driving should be increased.

The seven-day survey was held after scientists from the Transport Research Laboratory found texting to be even more dangerous than driving after a couple of drinks, talking on the phone or eating a sandwich.

Asked ‘Should fines for texting while driving be increased?’, 66% said yes, 34% said no.

Kjell Anderton, Director, at TrackCompare.co.uk, said: “This poll got everyone’s attention, and everyone seemed to have something to say about whether fines for texting at the wheel should be increased or not.

“Comments included ‘Yes, too many deaths are caused because of this,’ ‘I think people should be banned – that can kill. It has killed people, people I know,’ ‘ No, fines are already ridiculous,’ ‘No, I don’t agree,’ ‘I suppose if it helps people stop doing it, then yes,’ and ‘Please don’t ask me such a stupid question.’”

A selection of other comments left by respondents:
• I think a slight increase would help
• All of the staff have actually discussed this recently and it’s something we feel strongly should happen.Too many careless drivers causing accidents and not learning from them. It’s sad
• No, I don’t think so. They already push too hard sentences for these types of minor uses. Our guys need to contact us all the time on the road
• I agree
• I agree texting is dangerous, at the end of the day
• No, we already get punished too much on the road
• I believe so
• Yes, I reckon

The Ministry of Justice wants tougher financial penalties to clamp down on people who flout the rules, suggesting that a driver using their mobile phone whilst driving (which includes texting) could face fines of up to £4,000.
At present, the maximum penalty for such an offence is capped at £1,000.