The all-new specification World Rally Cars head for another fresh challenge as the second round of the FIA World Rally Championship takes the contenders to the snowy and remote forests of Sweden and Norway for the only true winter round in the series. And, once again, fans can catch all the spectacular sideways action on Red Bull TV.

Skinny tyres equipped with tungsten-tipped steel studs are essential on this weekend’s Rally Sweden (9-12 February) and provide remarkable grip as they penetrate the frozen ground. Drivers can often be seen wearing heated racing boots and anti-glare glasses that provide greater definition of the landscape. 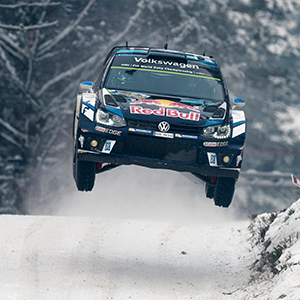 The backdrop of the white forests provides a unique spectacle in the World Rally Championship and while a loose surface car set-up is the norm, engineers are forced to find solutions to keep the cars running optimally in these sub-zero temperatures.

Because of its specialised nature, Rally Sweden has been dominated by the Scandinavians during the 63 years it has run, Frenchman Sébastien Loeb becoming the first outsider to claim victory back in 2004. Since then, only Sébastien Ogier has achieved a similar feat.

Underlining his on-going superiority, Ogier won last month’s season opener in Monte Carlo on his debut for the M-Sport team – now the four-time champion is aiming to build on that success in Sweden. 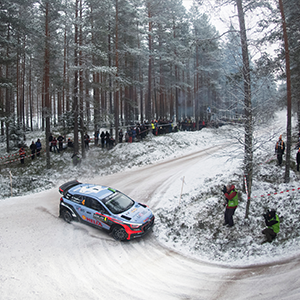 “We had a dream start to the season, but we can’t let that distract us. There is still a lot of work to do and Rally Sweden is a truly unique event,” he said.

“It’s an event that I really enjoy and we reach incredible speeds on the snow and ice – something that will only increase with the new cars this year. That means that there are no margins for error and you have to be very precise. There are often just a handful of seconds separating each competitor, so every second really does count.

“If we can secure another podium result, it would be a fantastic start and surpass all of our expectations this early in the year. I see no reason why we can’t be quietly confident of that, but at the same time it will require a lot of hard work behind the scenes.